"THERE IS NO PLANET B" ... Emmanuel Macron

Commenting on the damage being done in the name of economic growth, France's President Emmanuel Macron nailed it when he juxtaposed the immediate needs of industry and the long-term viability of our planet, commenting "there is no Planet B." President Macron added ... 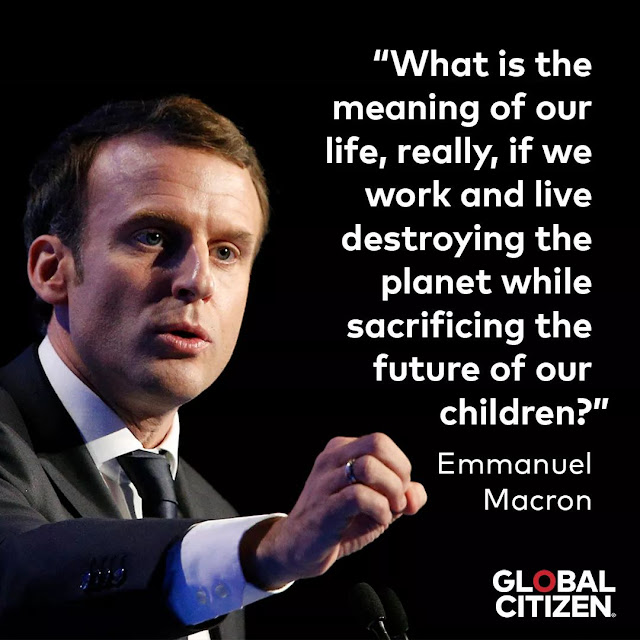 Taking a swipe at the fear and vengeful ethno-nationalism that brought Donald Trump to power, President Macron warned, "Let me say we have two possible ways ahead. We can choose isolationism, withdrawal, and nationalism ... it can be tempting to us as a temporary remedy to our fears. But closing the door to the world will not stop the evolution of the world. It will not douse, but inflame the fears of our citizens."

In a few words, with leaders like France's Macron - and Canada's Justin Trudeau and Germany's Angela Merkel - looking out for the world's future, Donald Trump just might become an annoying footnote in history.

Hi,thanks for sharing your blog. If anyone needs a political related queries, career and consultant services for your business or career path, you can get details from this company.
Election Consultant India
How to start political career in india
Political communication courses