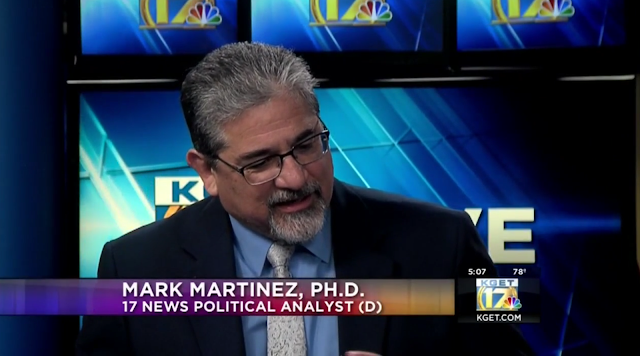 Paul Ryan is stepping down as Speaker of the House. Among the hopefuls to replace him include Bakersfield's own Kevin McCarthy. I appeared on KGET 17 News' 5 pm segment to discuss the developments. The primary points I made include:

* If Trump wants a "Yes Man" as Speaker of the House, Rep. Kevin McCarthy is his man. This is not simply a matter of agreeing on policy matters. Rep. McCarthy has been deferential to the point of being obsequious (there is a thing called separation of powers).

* Rep. McCarthy will do nothing to fix or ameliorate the economic damage Donald Trump is doing in the area of trade in general, or with looming currency battles, tariff wars and trillion dollar deficits in specific.

* Rep. Paul Ryan is not leaving because of family concerns. He's leaving a sinking ship. Rep. Ryan can see the disaster coming down the pike with SS Trump's policies now poised to spread throughout the economy (strangely, Cathy Abernathy seemed to believe the disaster I was referring to was tied to the possibility of the GOP losing the House; I was speaking about the economic disaster coming around the corner from the GOP's tax and trade policies).