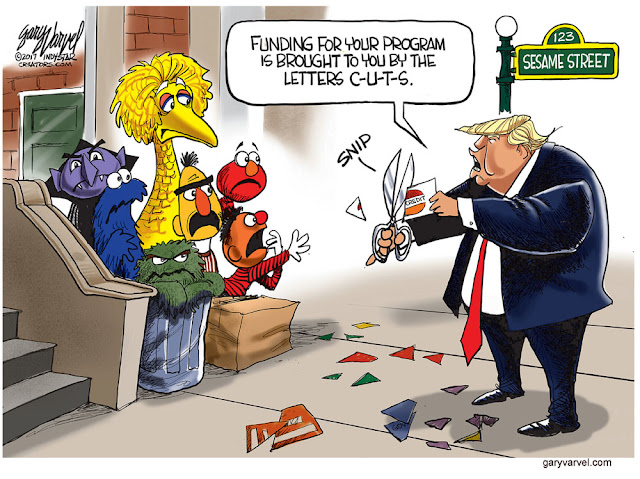 Via The Week, we can check out the details, and priorities, of the Trump budget proposal below.


So, why don't we just call Trump's budget proposal, "The Return to Feudalism" budget? Seriously, since the British (1688), American (1776), and French (1789) revolutions the primary responsibility of the modern state has been to create a path of opportunity and access. Leveling the playing field for those without access, historically, is the logic behind public education, public parks, public libraries, public roads (over tolls), public health, etc.

Trump's budget, however, neuters public institutions, and pretty much trusts the rich to do the right thing, while piling more debt on to the "peasants"? 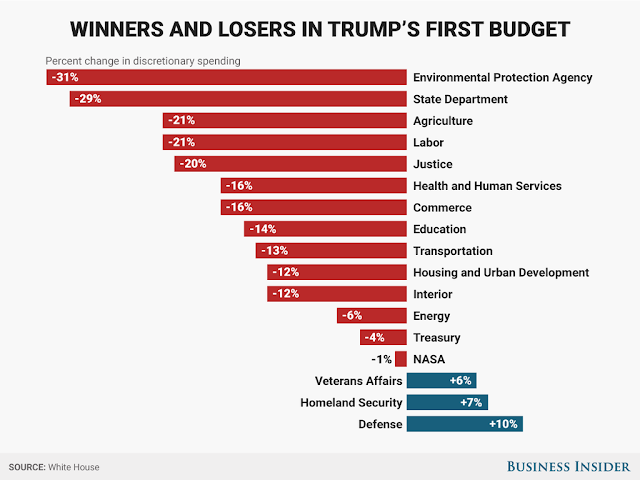 Here's a nice little nugget in the budget. The Trump administration wants to get rid of food stamps (where consumers at least have a modicum of choice) and replace them with food boxes. If the Reagan administration's debacle with school lunches, when they tried to categorize ketchup as a vegetable, is an example of what's in store, Trump's food boxes are going to be colossal disaster (but, no doubt, a financial bonanza for a Trump crony).