FAILURE TO ACT ON CIA FINDINGS ... IS IT TREASON? 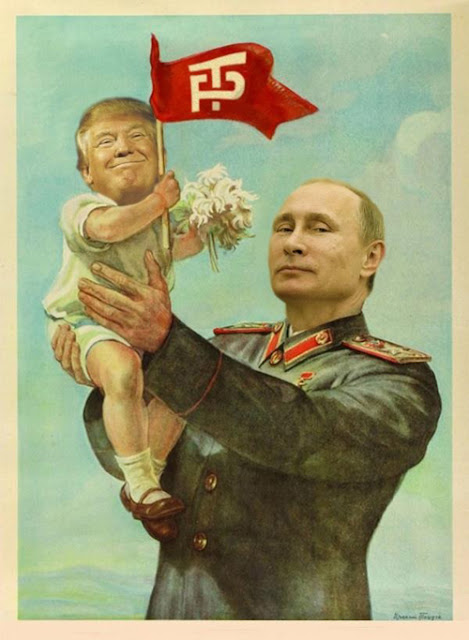 Whether it was the false nationalist teardrops over Benghazi, or their constant whining that Hillary Clinton's emails contained something that "might" reveal a national security secret, the Republicans are being exposed (once again) for being national security charlatans. This is clear because of how they are largely ignoring evidence that the Russians had a hand manipulating our presidential election.

So, yeah, it's clear they will hype and scare monger incessantly, until their faux standards and concerns are applied to them. 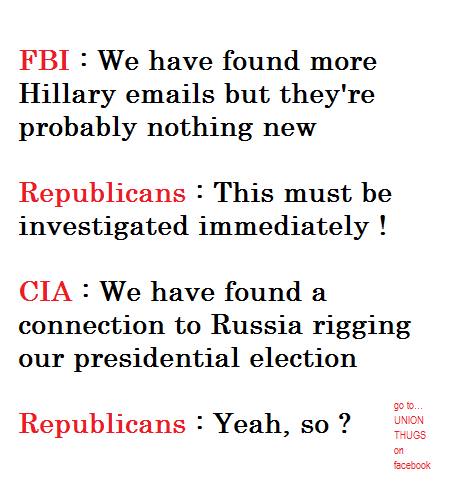 The fact that Senators Rand Paul (R-KY), John McCain (R-AZ), and Lindsey Graham (R-NC) are part of a small group of Republicans who want to investigate the CIA's finding that Russia tampered with our presidential election tells us one thing: there is still a larger contingent of Republicans who don't want to investigate because they care more about gaining power than they do about protecting the integrity of America's sovereignty.

It's at this point that "aiding and abetting the enemy" creeps into our story. The traitor and treason references begin to write themselves into the script here ...