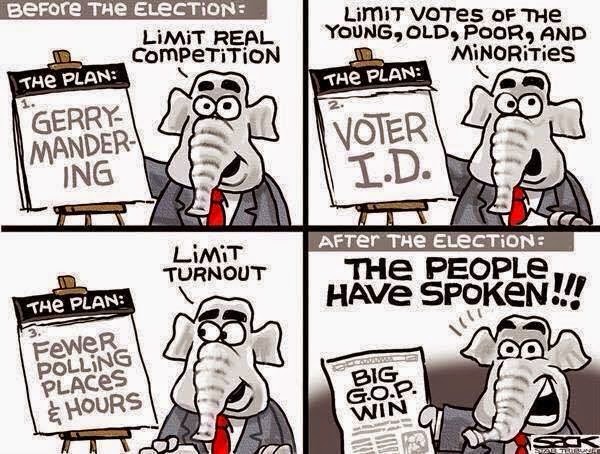 I've written or posted numerous times about how the Supreme Court's 2013 decision to strike down the heart of the 1965 Voting Rights Act was a disaster for democracy in America. In our post-2016 environment, we are starting to see in real time how much of a disaster it's become.


The Center for American Progress explains how voter ID and other voter suppression laws cost many Americans their voice across the country, and especially in states like Wisconson ...

In 2014, Wisconsin passed a strict photo ID law requiring voters to show specific, restrictive forms of identification at the polls. It is significant that only 27,000 votes currently separate President-elect Donald Trump and Secretary Hillary Clinton when 300,000 registered voters in the state lacked the strict forms of voter ID required. Wisconsin’s voter turnout was at its lowest level in two decades. Voter turnout in Milwaukee, where 70 percent of the state’s African American population lives, decreased by 13 percent; this meant 41,000 fewer votes ...


In addition to stricter voter ID laws we saw 868 fewer polling places on Election Day, which disproportionately affected the poor and people of color. 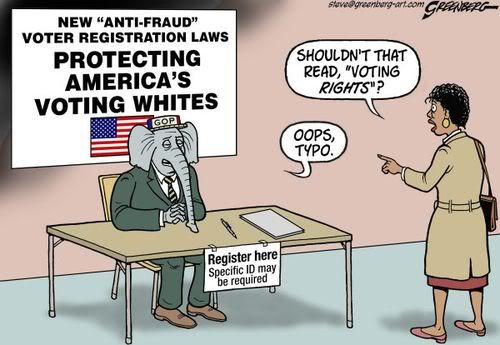 You can read about the the Supreme Court's 2013 Voting Rights Act decision, voter ID laws, and other voter suppression issues, here, here, and here. 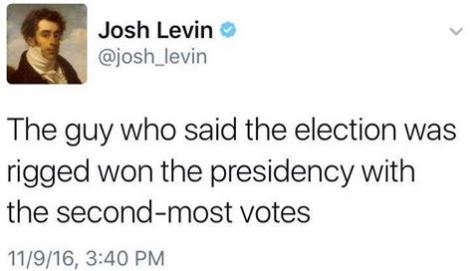