RISING PREMIUMS AND THE AMERICAN TRAITORS RESPONSIBLE FOR THE OBAMACARE MESS 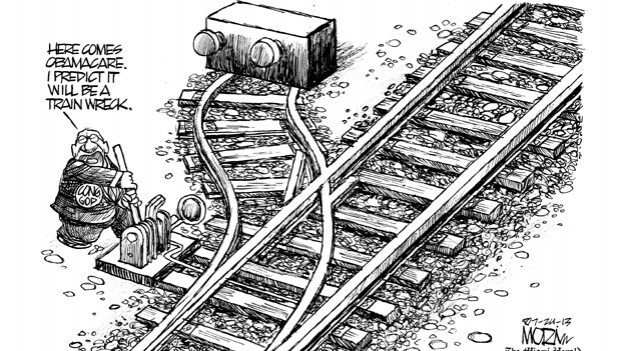 We always knew that premiums were going to go up, with or without Obamacare. The industry told us they were going to raise the rates. The OMB even created budget models around the anticipated hikes. Republicans, who sat on their hands before and did nothing about rising premiums (or junk policies, or pre-existing conditions, or yearly/lifetime limits, etc.) are rejoicing now that premiums are rising under Obamacare.

Yeah, rather than trying to fix things, they're now having a laugh at how Americans have to pay more to stay healthy.

My real concern isn't the Republican's lack of empathy, or even their lack of ideas. We all know about the Republican culture of hate and stonewalling.

What concerns me is what the GOP won't tell you: While premiums may be rising, so are the reimbursements, or subsidies, that help pay the premiums. From Mother Jones we get this article with graphs which explains what's happening: 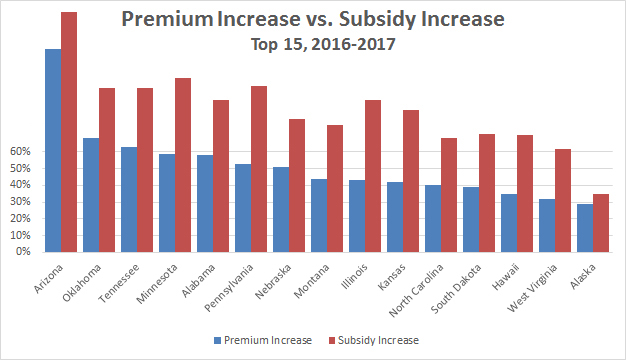 
In a few words, subsidies for eligible participants are rising faster than premium increases. So, for example, if your rates go up by 25% most Obamacare participents are eligible for a 30% increase in their subsidy to help pay their premiums (in the states listed above).

I'm betting you won't get that information on Fox News.

You're also not going to learn that healthcare costs are now rising at a slower rate than they did before Obamacare.

One more thing. We must not forget that GOP-led states that did not sign up for the Obamacare exchanges are deliberately keeping families off the Obamacare rolls, which make them ineligible for Obamacare subsidies. With the way supply and demand works this means these Republican-led states are partly to blame for rising premium costs since the insurance companies have to charge more to make up for fewer participants (the only way this logic doesn't work is if you don't believe in the market, and the forces of supply and demand ... which make you a communist, right?).

So, yeah, in the bizarre world we're living in today, we see the GOP deliberately sabotaging Obamacare, which keeps entire states out of the program, and then blaming President Obama because the system doesn't work. 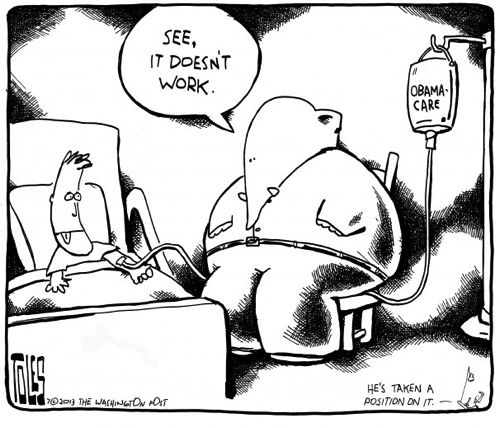 I know conservatives didn't like it when Hillary Clinton called them "deplorables." Being characterized as a bunch of white nationalist loving Nazi bigots is an ugly characterization (even if it fits). So, I have another term.

How about national saboteurs? Rooting for America to fail is one thing; working to make it happen is, well, akin to treason.