THE DUMBING DOWN OF AMERICA AND THE COMMANDER-IN-CHIEF FORUM

If you missed NBC's widely criticized Commander-in-Chief forum, by now you probably know that moderator Matt Lauer has been getting hammered for his incredibly inept and Trump-boot licking interview style. If you didn't catch the forum, and don't want to pull it up on YouTube, you're in luck. The memes below pretty much provide all you need to know about what transpired during the forum ... 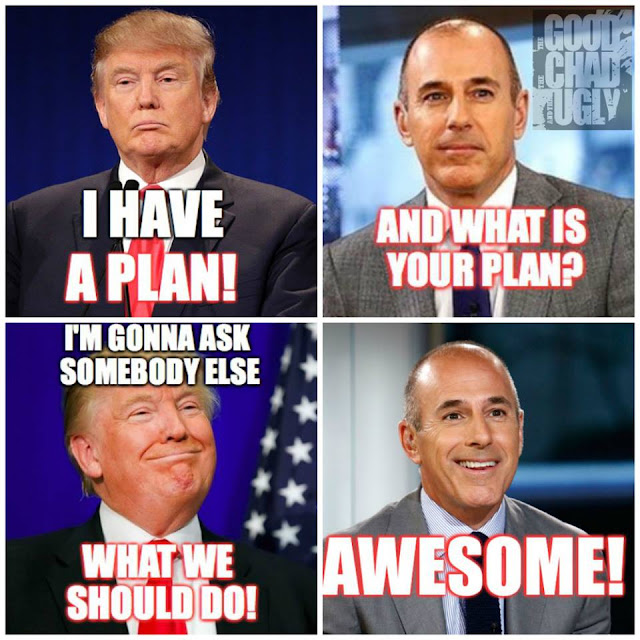 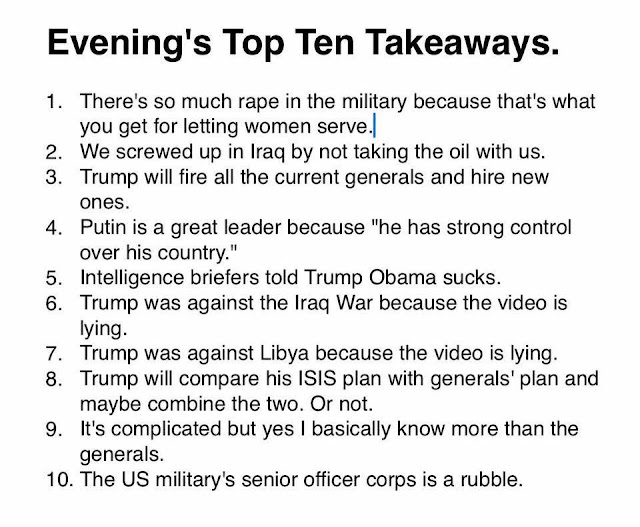 So, yeah, last night's NBC forum pretty much confirmed that the dumbing down of America is a trend that's infected many parts of our news media (Fox is not alone), and is not just a Donald Trump inspired moment.