"OH, WHAT A TANGLED WEB WE WEAVE" ... TRUMP'S SHADY BUSINESS PRACTICES NOT ONLY PUT HIM IN BED WITH RUSSIA AND PUTIN, BUT HELPS EXPLAIN THE LEAKED DNC EMAIL DRAMA 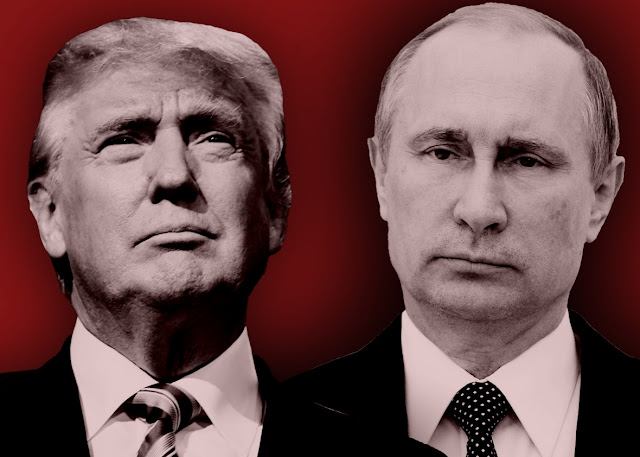 So, the Russians had a hand in hacking the Democratic National Committee's (DNC) emails, which show that the DNC was actively working to defeat Bernie Sanders in the primary. Because most of us have known for quite a while that the DNC was effectively working for Hillary Clinton the story of DNC collusion isn't a real bombshell. In fact, I expressed surprise that this was even a story yesterday morning on KGET 17 News when asked about the "leaked" emails.

As we are now learning, the real story is how and why this information emerged so suddenly, and right before the Democratic National Convention.

This is where Donald Trump's past business incompetence and his current dealings with Russian money becomes a pretty big deal. Specifically, is Donald Trump - who can no longer secure credit from major U.S. banks - so dependent on Russian money that the Russians believe it's in their best interests to try and influence the American electoral process so that Donald Trump becomes the next U.S. president? You be the judge.

Below is an edited version of TPM's story on "Trump & Putin. Yes, It's Really a Thing," which lays out some of the details that make the Trump-Russian-Putin political web an intriguing one.

1. TRUMP'S IN DEBT, BIG TIME (AGAIN)/CAN'T GET LOANS FROM U.S. BANKS: Trump's debt load has grown dramatically over the last year, from $350 million to $630 million. This is in just one year while his liquid assets have also decreased. Trump has been blackballed by all major US banks.

2. TRUMP'S DEPENDENT ON RUSSIAN MONEY: Post-bankruptcy Trump has been highly reliant on money from Russia, most of which has over the years become increasingly concentrated among oligarchs and sub-garchs close to Vladimir Putin. Here's a good overview from The Washington Post, with one morsel for illustration ...

Since the 1980s, Trump and his family members have made numerous trips to Moscow in search of business opportunities, and they have relied on Russian investors to buy their properties around the world.

“Russians make up a pretty disproportionate cross-section of a lot of our assets,” Trump’s son, Donald Jr., told a real estate conference in 2008, according to an account posted on the website of eTurboNews, a trade publication. “We see a lot of money pouring in from Russia.”

3. LAWSUITS EXPOSE TRUMP'S FINANCIAL WEAKNESS & DEPENDENCE ON RUSSIAN MONEY:
One example of this is the Trump Soho development in Manhattan, one of Trump's largest recent endeavors. The project was the hit with a series of lawsuits in response to some typically Trumpian efforts to defraud investors by making fraudulent claims about the financial health of the project. Emerging out of that litigation however was news about secret financing for the project from Russia and Kazakhstan. Most attention about the project has focused on the presence of a twice imprisoned Russian immigrant with extensive ties to the Russian criminal underworld. But that's not the most salient part of the story. As the Times put it,

"Mr. Lauria brokered a $50 million investment in Trump SoHo and three other Bayrock projects by an Icelandic firm preferred by wealthy Russians “in favor with” President Vladimir V. Putin, according to a lawsuit against Bayrock by one of its former executives. The Icelandic company, FL Group, was identified in a Bayrock investor presentation as a “strategic partner,” along with Alexander Mashkevich, a billionaire once charged in a corruption case involving fees paid by a Belgian company seeking business in Kazakhstan; that case was settled with no admission of guilt."

Another suit alleged the project "occasionally received unexplained infusions of cash from accounts in Kazakhstan and Russia" ... Trump's tax returns would likely clarify the depth of his connections to and dependence on Russian capital aligned with Putin.

4. TRUMP'S CAMPAIGN MANAGER'S RUSSIAN CONNECTION:
Then there's Paul Manafort, Trump's nominal 'campaign chair' who now functions as campaign manager and top advisor. Manafort spent most of the last decade as top campaign and communications advisor for Viktor Yanukovych, the pro-Russian Ukrainian Prime Minister and then President whose ouster in 2014 led to the on-going crisis and proxy war in Ukraine. Yanukovych was and remains a close Putin ally. Manafort is running Trump's campaign.

5. TRUMP'S FOREIGN POLICY ADVISOR'S TIES TO RUSSIA:
Trump's foreign policy advisor on Russia and Europe is Carter Page, a man whose entire professional career has revolved around investments in Russia and who has deep and continuing financial and employment ties to Gazprom. If you're not familiar with Gazprom, imagine if most or all of the US energy industry were rolled up into a single company and it were personally controlled by the US President who used it as a source of revenue and patronage.

6. PUTIN PUTS RUSSIAN CONTROLLED MEDIA BEHIND TRUMP:
Over the course of the last year, Putin has aligned all Russian state controlled media behind Trump. As Frank Foer explains here, this fits a pattern with how Putin has sought to prop up rightist/nationalist politicians across Europe, often with direct or covert infusions of money. In some cases this is because they support Russia-backed policies; in others it is simply because they sow discord in Western aligned states. Of course, Trump has repeatedly praised Putin, not only in the abstract but often for the authoritarian policies and patterns of government which have most soured his reputation around the world.

7. TRUMP'S GOP PLATFORM INDIFFERENCE ... EXCEPT WITH UKRAINIAN POLICY:
The Trump Camp was totally indifferent to the platform. So party activists were able to write one of the most conservative platforms in history. Not with Trump's backing but because he simply didn't care. With one big exception: Trump's team mobilized the nominee's traditional mix of cajoling and strong-arming on one point: changing the party platform on assistance to Ukraine against Russian military operations in eastern Ukraine.

For those of you looking for more, you can access the rebuttal to the TPM article I've posted here, and TPM's response to the rebuttal here.

But, again, let's not lose sight of one thing: the fact that the DNC was working for Hillary isn't a story. I can assure you Democrats, and especially Bernie Sanders' supporters, have known about this for some time now. The real issue is who's behind the hacking, and why is evidence of Russian meddling suddenly so important?

Getting to the bottom of this might also help explain Trump's position on NATO, his constant praise of Russian foreign policy, and his seeming bromance with Vladimir Putin. 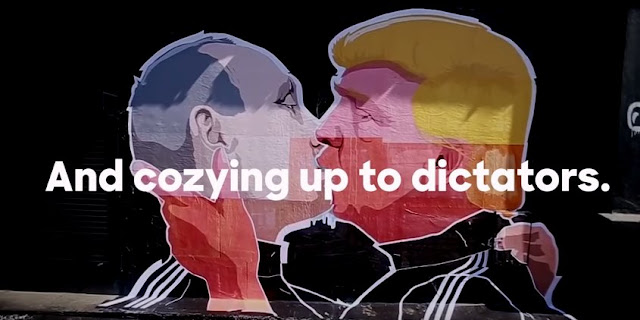