I've been saying this for some time now, but it bears repeating since most of America doesn't seem to be interested in much beyond Sarah Palin's latest Tweet and who's on American Idol. So let me make this perfectly clear, again: The $750 billion bailout that George W. Bush signed off on, and the subsequent $700 billion stimulus package that President Obama coughed up, were only the beginning.

Drops in the bucket, as it were. 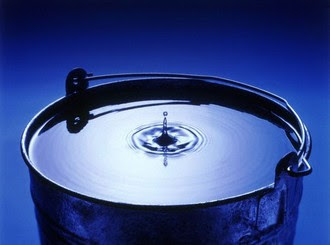 What we should have been looking at - as I pointed out in my book, and have posted on my blog- are the trillions of dollars that were made available, loaned on the cheap, or effectively handed over to Wall Street's banks and other financial players.

Now, as a result of a forced transparency rider attached to the Wall Street reform bill (thank you Sen. Bernie Sanders) we have some numbers and names. Check out the trillions of dollars that were transferred to Wall Street by the Federal Reserve as our market collapsed ...

And this is just the easy stuff to pick out from the numbers. No wonder Wall Street's been making record profits. The U.S. taxpayer Federal Reserve essentially flooded Wall Street's accounts with cash so they could pay off each others bad bets.

This money, my friends, explains why Wall Street was able to pay 100 cents on the dollar for ill-conceived contracts, and then made good on billions in bonus payouts (to each other) for their incompetence. 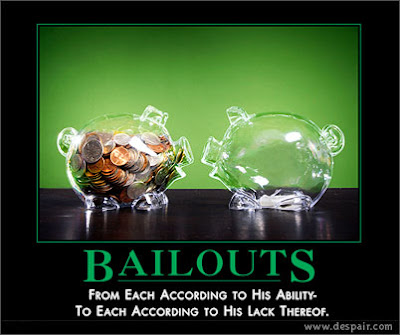 In fact, as I pointed out in December of 2007, Wall Street and the Federal Reserve began setting up the bailout "facilities" that would transfer trillions to Wall Street's biggest banks way back in 2007 (be sure to play with the graphs on the site to see what I mean).

But wait. It gets worse. Today the NY Times is confirming what I've been writing about for a while now.

Not only did Wall Street effectively extort money and guarantees from Washington but the Federal Reserve was either playing dumb or deliberately covering up for Wall Street during the bailout. Like Sargent Schultz in Hogan's Heroes, they knew or saw nothing as trillions were flying out the door.

Specifically, the NY Times is confirming that thousands of private firms and other market players who had their hand out received trillions in low interest loans AND other market guarantees from you and me the Federal Reserve during the bailout.

Try sticking this in your conservative friends' Christmas stocking, and then see if they want to hold a Tea Bag rally over it during our Christmas holidays. My guess is that they'll be more concerned over President Obama's birth certificate, or whine about more tax breaks for the super rich because they're the ones who "create jobs" in America.