BREXIT: A GLOBAL CANARY IN THE MINE, OR ANOTHER TIN FOIL HAT FOR THE FAR RIGHT? 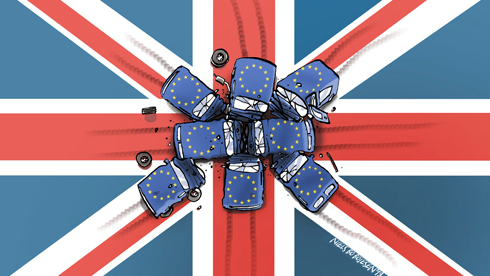 I've been traveling to conferences over the past two weeks (and the next), and should be back on a regular blogging schedule at the beginning of July. Still, since the political tribalism we are now witnessing will be a key theme in my next book, it's important for me to comment on the British decision to leave the European Union (Brexit). 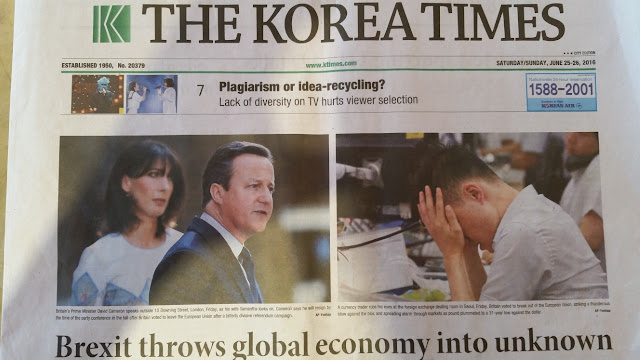 Let's start with this: The Brexit decision makes it clear the paranoid and xenophobic mentality that has gripped America's political right, and brought us Donald Trump, is not confined to the USA.

Britain just proved that concerns over stagnating wages, economic uncertainty, widening wealth gaps, and the simmering disgust over the inability (and unwillingness) of western governments to punish or tame the financial wildcats that brought us the 2008 market meltdown are real and - most importantly - can be exploited by the tinfoil hat crowd for political gain. 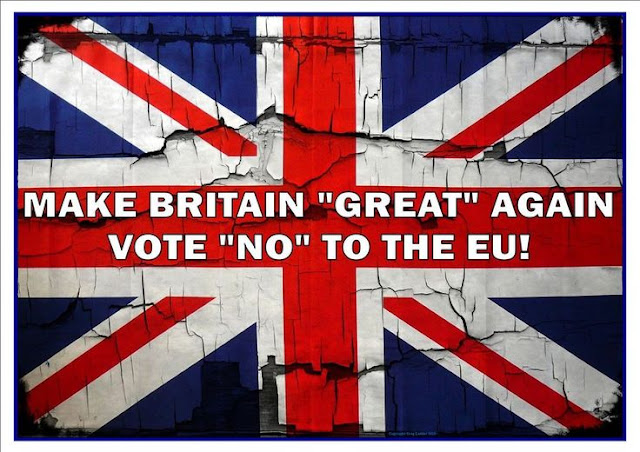 What we are witnessing is the revival of a political tribalism driven by paranoia and ignorance.

What's disappointing here is that some of the points made by the supporters of Brexit are legitimate. The argument that countries like Britain are giving up their democracy and sovereignty to big banks and big business is real, and should be taken seriously. In fact, one of Britain's biggest and most articulate supporters of Brexit, Nigel Farage, has a long history of going after European leaders for being lackeys of Goldman Sachs.

And he has a point.

As I've pointed out before, while Greece (for example) is in trouble there is also little doubt Greece has become something of a debtors colony because of fraud and deception. This has been made possible by collusion between what Nigel Farage calls "big business" and "big bureaucrats" from the EU.

The fact that the world's largest financial institutions not only caused the market crash of 2008 - and the subsequent recession we're still paying for - and then reaped tremendous profits in the process is both a slap in the face to democratic principles and morally appalling to most observers. These sentiments are what's being manipulated by the hate mongers and the political serpents on the right.

There's more, but I have a presentation to give in a few hours. I'll be following up on this story, hopefully this week.

But know this: As I've pointed out before, history is whispering in our ear, and Brexit can either be a canary in the mine - and a warning we all heed - or another tin foil hat for the soldiers of ignorance and xenophobia around the world ... 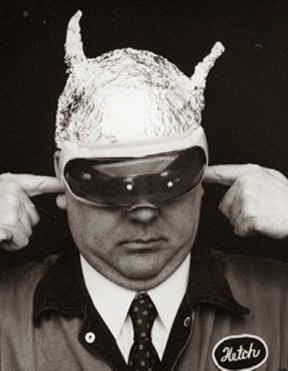 I served as a U.S. diplomat in Brussels in the early days of the forming of the EU. It was a hope for a unified Europe to avoid other World Wars caused by the enlightened white Europeans agains themselves. Now they are receiving many immigrants, too many in their view, from Third World countries. What they are reaping are the refugees from the various Continents they colonized for hundreds of years. They cannot blame the refugees for the situation White Europe created.