ANTI-WAR PROTESTS, THEN AND NOW ... THE DIFFERENCE HELPS EXPLAIN WHY PERPETUAL WAR IS ALWAYS STARING US IN THE FACE

What happens when you depend on an all volunteer military during times of war? You pretty much take the democratic winds out of the sails of our war discussions. People simply don't care because no one's being forced to go, even when we engage in reckless wars of choice. 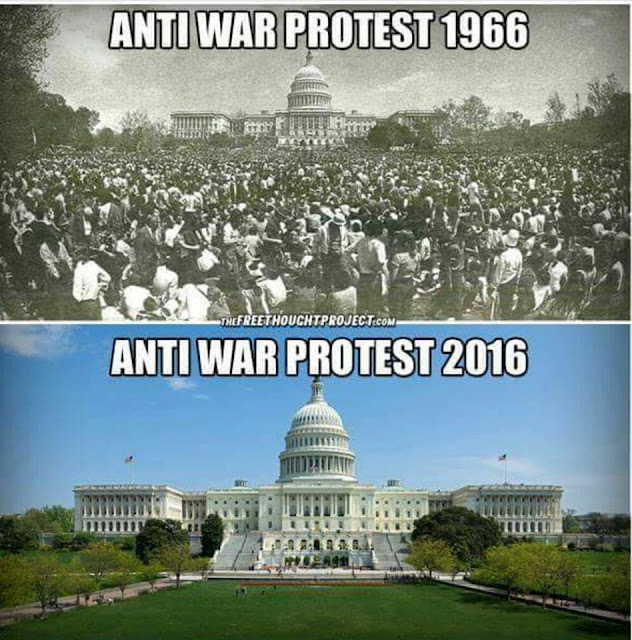 Without the draft there's no real reason for people, especially America's youth, to be out in the streets.

The desire to hit the streets and protest is especially irrelevant because most Americans are incapable of making the connection between deficit spending, to fund our endless war projects, and the always empty treasury basket that's needed to pay our bills and fix the crumbling bridges and roads we have in America.

When you add hired mercenaries to the this equation it's almost impossible to generate any real excitement over America's involvement in reckless wars of choice.

If the military and war seems far removed from our lives it's because they are, for the vast majority of Americans. 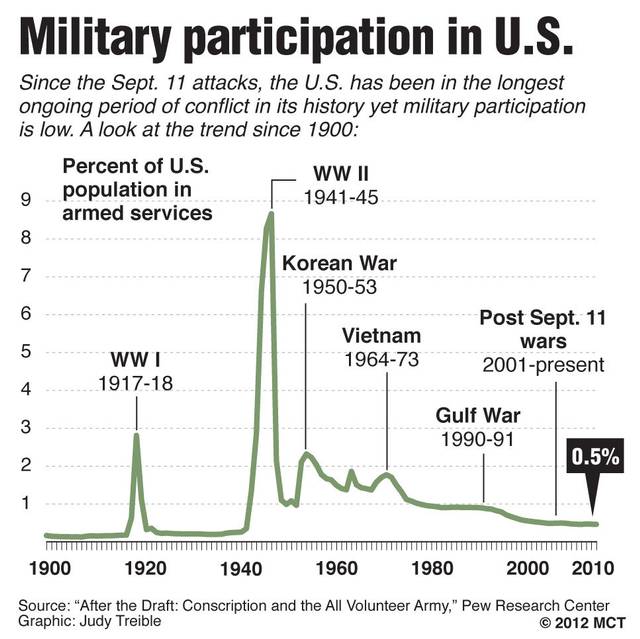 It's no wonder Americans are nonchalant about endless war, or seem ready to go to war in the Middle East every time ISIS says "boo". It's not their kid or family member who's going.

As long as military service is considered voluntary, why protest something that doesn't impact your immediate life, right?

This is not only the tap root of perpetual war in America, but helps explain why an all volunteer military is not cheaper than a draft.

Perhaps the ultimate protest is to not show up to enlist. By refusing to participate in the military we are voting to not go to war.