A FAILED EXPERIMENT IN PRIVATE MANAGEMENT? 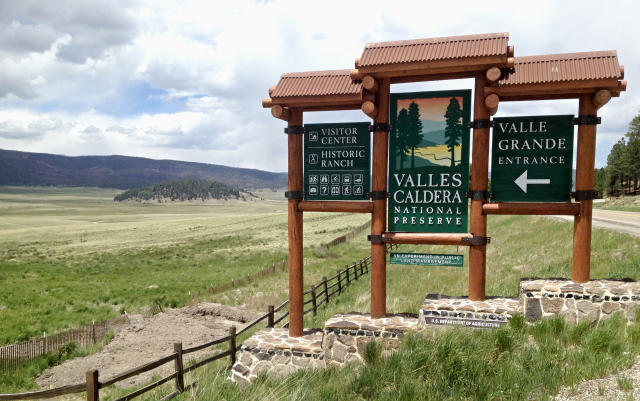 Are you of the opinion that Congress should turn over public lands and resources to private market players because they are better stewards of our nation's resources? Do you believe that only private market players, or private-public partnerships, can efficiently care for our forests and wilderness areas? If so, you're going to love this story.

In 2000 Congress implemented what they thought would be a "free market" inspired plan in the 89,000-acre Valles Caldera Preserve in New Mexico. While still a federally owned Preserve, it was turned over to a "Trust" with the mandate to become "financially self-sufficient" by 2015.

For critics of all things government, this experiment was supposed to show once and for all how the Bureau of Land Management and the U.S. Forest Service could be phased out. The idea was to replace it with a market oriented "board of trustees" who would both supervise staff and make decisions.

Things went wrong from the beginning. The Trust decided that they didn't want the burden of paying for wild land fire operations. It was too expensive. So Congress turned firefighting over to the U.S. Forest Service. Two fires later the U.S. government got stuck with $56 million in fire suppression costs.

As well, because much of the land had been acquired from a private land owner, "the Preserve was in rough shape both ecologically and in terms of infrastructure" and had to be rehabilitated. Because there was no potable water, while years of logging had put much of the infrastructure in serious "disrepair", the Preserve could not access traditional government insurance pools (a "judgment fund"). The "Trust" had to purchase their own liability insurance - in the free market.

And on it went.

In brief, the private market experiment was really a public-private experiment, at best.

After 14 years the market inspired experiment had failed:

Despite the efforts of many trustees and the staff for 14 years, the preserve never managed to earn enough money from hunting, grazing and tourism to pay even a third of its bills. Heavy logging and overgrazing [by private interests] had depleted forests and grasslands well before the preserve became public land. High fees and restrictions on public access kept the income from recreation low, and to a large extent, the public continued to perceive the preserve as private land. Elk hunting paid well, but the preserve broke even on cattle grazing only by charging ranchers more than seven times what other federal agencies are charging.


There was one positive development from the Preserve experiment in New Mexico. The Trust had developed an "adaptive management" approach to the Preserve, which placed a heavy emphasis on paying attention to the science and real time lessons learned. As a result, scientific and university research flourished around the Preserve.

Still, New Mexico's congressional delegation abandoned the experiment at the end of December 2014. One of the lessons learned is that making money is NOT what public lands do best, even if private guidelines are part of the picture. The BLM and U.S. Forest Service are now back in charge of Valles Caldera National Preserve.

For more on this story you can check out this short article or this research paper from the University of New Mexico's Melinda Harm Benson.