DONALD TRUMP'S WINNING STRATEGY IS NOT FOR YOU AND ME ... OR AMERICA 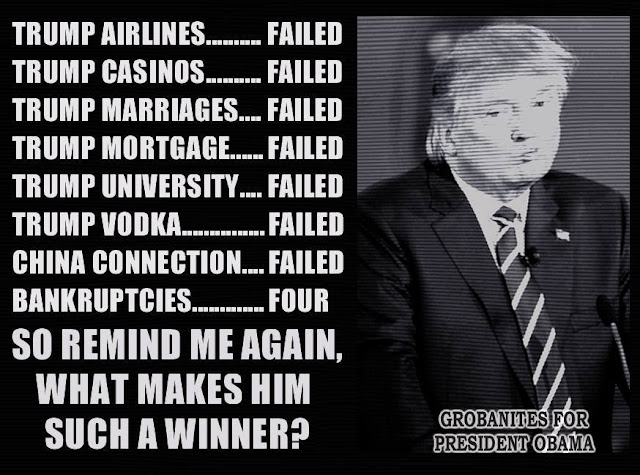 First, for the Trump supporters who want to believe Donald Trump is a self-made man, know that he and his siblings started with a $200 million family inheritance in 1974. While Donald Trump had to split this 5 ways with his siblings, it might surprise you to know $200 million in 1974 is worth almost $1 billion today.

Several of you are probably saying, "Yeah, but he's worth more now, so he actually made more after he inherited his wealth." OK, let's take a look at the Trump business strategy.

Without going into the details it needs to be repeated - and emphasized - that Donald Trump uses bankruptcy as if it were an acceptable accounting tool that's preached in the best business schools of America. It's not (and if it is, say goodbye to the Republic). Donald Trump has used bankruptcy to stiff his creditors, while escaping personal responsibility.

You can read some of the details surrounding the bankruptcies here, here, and here. You can also read about the Saudi prince who bailed out Trump financially, twice, here.

There's more, but you get the point.

If you still don't get the point, I have the perfect "winning" VP pick for Donald Trump ... 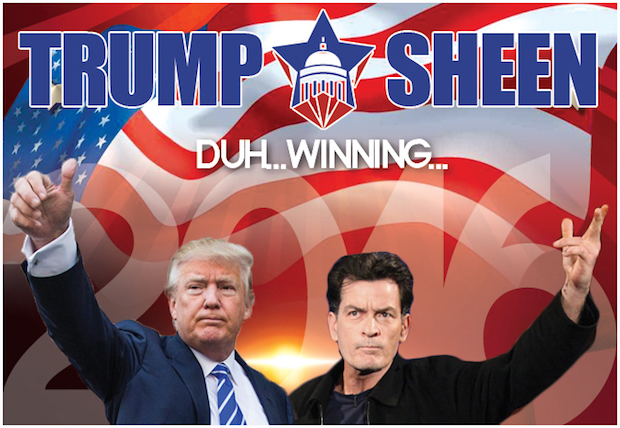