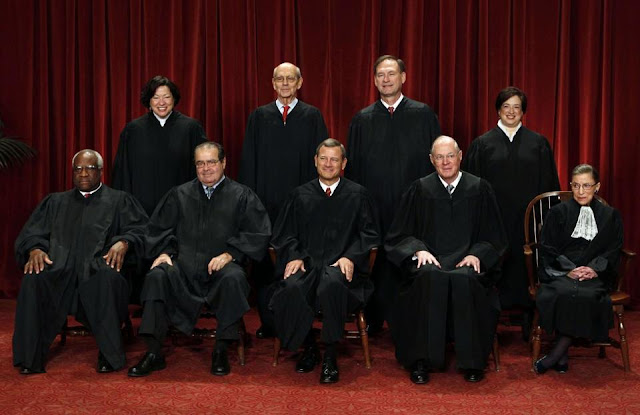 I've been under the weather for some time now (which explains why I haven't posted), so I'm a little late to the Scalia-Supreme Court nomination discussion. Still, I want to make sure we understand a few things here.

* At least 14 Supreme Court justices have been confirmed during election years. You can read about it here.

* If Republicans block Obama's Supreme Court nomination, it may not be so bad. President Obama might win anyway. You can read about it here.

* In the more than 220 year history of the U.S. Senate, of all the judicial nominees that had been nominated and then filibustered (blocked) through 2013, almost half of those blocked (82) were nominated by President Obama. This helps to explain why Harry Reid changed the filibuster rules in the Senate.


The last point here should tell us all we need to know about the Republican Party and how they view their obligations to work within the U.S. Constitution (keep in mind, the filibuster is not part of the Constitution). 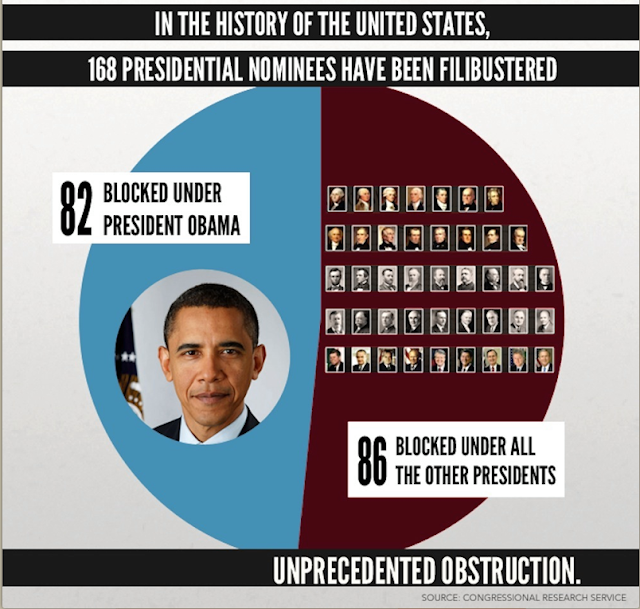 Even when the GOP was not in control of the U.S. Senate they regularly blocked President Obama's judicial nominations because they could. All they had to do was abuse the filibuster process, which requires a 60-vote majority to get nominations out of committee.

There's more, but the key points here are (1) Supreme Court justices have been confirmed in "lame duck" years, (2) blocking President Obama's SC nomination might work in Obama's favor, and (3) the filibuster change the GOP is complaining about today is a direct result of the GOP not honoring the "Advice and Consent" provision in the U.S. Constitution.