ROME ROTTED FROM WITHIN, AND SO IT IS WITH AMERICA ... HERE'S ONE REASON WHY

You'll get the reference to ancient Rome by the time you finish this post ...

So I'm reading a FB post that makes it clear that one of the biggest fiscal problems we have as a nation is how the tax burden has shifted in America. Specifically, corporate America now pays a smaller share of our tax revenue compared to what it once paid. Where corporate America once paid over 30 percent of our total tax bill today they only pay about 9 percent. 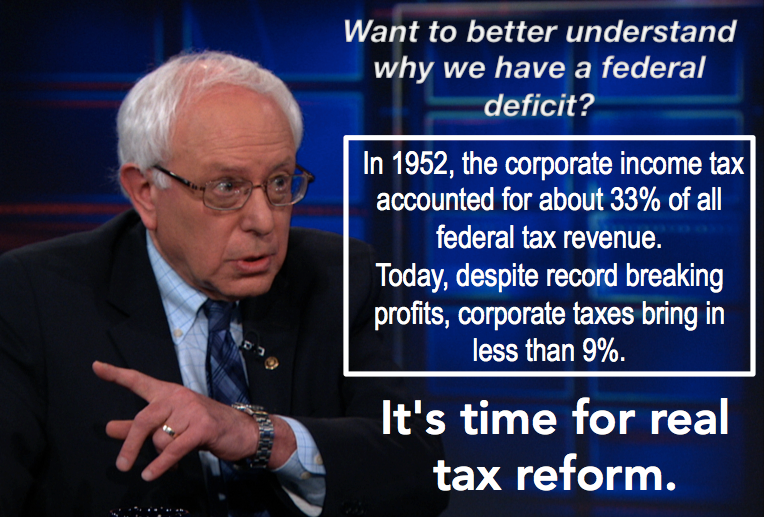 This fact is not new. In fact, I've posted on this many times, in many different ways, over the past 5 years.

But this is not the story I'm telling here.

What concerns me is how a simple but important fact like corporate tax avoidance can get buried under a pile of ignorance by people who simply don't want to acknowledge reality. Check it out.

In order to avoid thinking about how corporations have reduced their tax bill one contributor in the FB thread noted above ignored tax avoidance and simply complained about "wasteful government spending." He then asked "why do we have to pay income taxes on our social security checks?"

I know. What does "waste" and "social security" have to do with corporate tax avoidance schemes?

The point is neither one of these issues - waste or social security - have anything to do with corporate tax avoidance. The goal of the poster - let's call him "Fred" - is simply to ignore what he doesn't understand, or doesn't want to acknowledge. So Fred changed the topic.

In an effort to help Fred, I decided to explain why we are now paying taxes on Social Security:

Fred, if you don't like the tax on Social Security benefits you can thank Ronald Reagan.

Since 1984, a portion (it's a complex table) of Social Security benefits have been subject to federal income taxes. So, yeah, Reagan raised taxes, big time ...


I then helped Fred out by pointing him to an earlier post of mine, where I explained Ronald Reagan's real history with raising taxes. You might think that this would have been the end of it. Not so fast.

Keep in mind that when dealing with people like Fred you not only have to do their research, and post the facts (which they will do what they can to ignore), you also need to deal with their friends. And many of them hear voices in their heads. This is where "Chip" enters the scene.

Fred's friend Chip came to his rescue (as it were) and decided to chime in with this:

Since many of us have paid into FICA for years and are
now receiving a Social Security check every month --
and then finding that we are getting taxed on 85% of
the money we paid to the Federal government to 'put
away' -- you may be interested in the following:


Here's where we learn that Chip is listening to the voices in his head.

First, as you probably noticed, Chip conflates a very conditional "up to 85% of your Social Security can be Taxed" (true) with a very definitive "we are getting taxed on 85% of the money we paid to the Federal government to 'put away' " (not true). In a few words, Chip doesn't understand numbers, or doesn't understand what he reads (or both).

Chip decided that it would be a good idea to forgo a simple search of the topic, and decided to pilfer and post a thoroughly debunked rant on Social Security "facts," and the Democrats role in making these facts come to life. It's the type of stuff that's discussed on conservative talk radio, and then passed around like Steinbeck's hooch in Cannery Row. 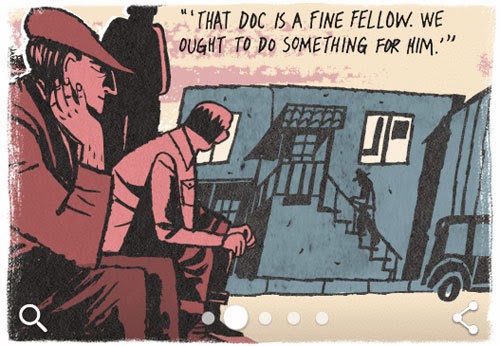 What Chip didn't know is that what he posted is such an entrenched Urban Legend that Snopes appears to have stopped updating Chip's pilfered post back in 2009. Here, check it out.

Making all of this even more surreal is that when Chip posted this stuff on FB he actually had to edit what he posted (how do you edit plagiarized and debunked material, and then pretend to take yourself seriously?).

I told Chip that what he posted was devoid of context and, quite frankly, embarrassing. I let him know that I would have fun with his debunked information on my blog. His response? It was the functional equivalent of "I know you are but what am I?"

At the end of the day, people like Chip have no problem misleading themselves, think it's OK to mislead others, and make it all worse by believing they have nothing more to learn in this world except for what Fox News tells them is real.

After this exchange, I was only thinking one thing: Rome rotted from within, and so it is with America.