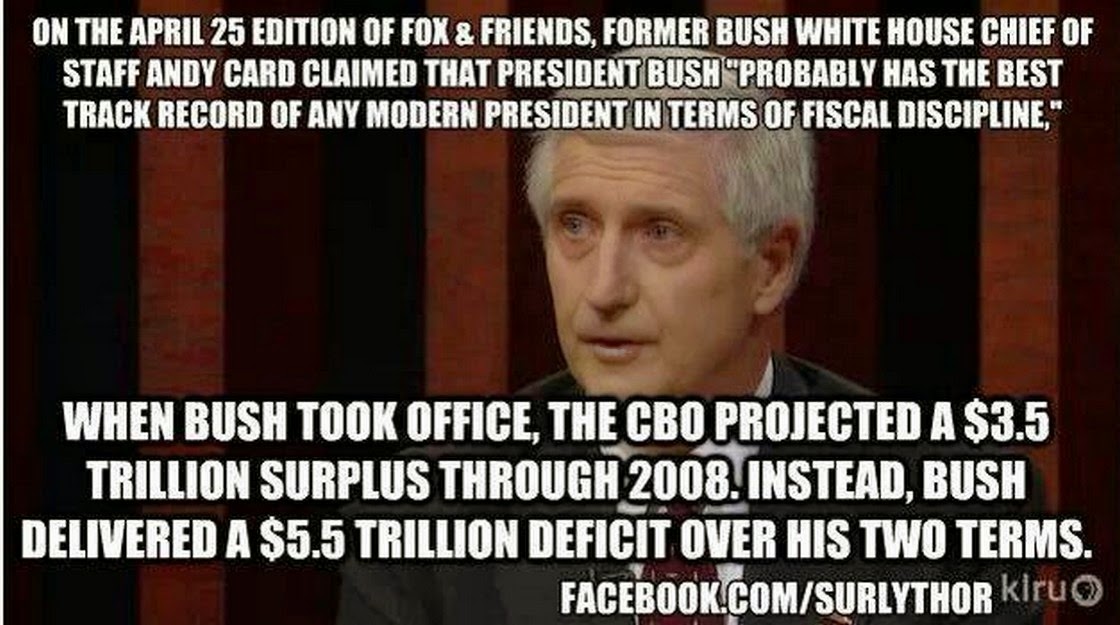 OK, let's start with this. The $3.5 trillion budget surplus projections cited here are a bit off. When President Bush was awarded the White House by the Supreme Court in 2008, the CBO was projecting $5.6 trillion in surpluses through 2010-11 (our national debt was $5.8 trillion at the time).

This CBO surplus projections were actually rounded down to $3.5 trillion years later.

Still, any way you cut it, President Bush's budget mess goes far beyond the $5 trillion that was added to the national debt under his watch. He also blew through our projected $3.5 trillion surplus money.

If we add all of this up ($8.5 trillion) and throw in the interest due on this amount (a little over $100 billion per year) it's clear that President Bush's fiscal record should never have the word "discipline" mixed into the discussion.