WHAT REALLY HAPPENED TO THE DINOSAURS ... SIX NEW THEORIES (for the fun of it)

Currently there are 5 states working to make their kids as scientifically illiterate as possible by teaching Creationism. In the FYI category, Creationism attempts to explain the world from a biblical perspective, and it's not pretty. Among those who believe in Creationism is Ken Ham, who you can watch in in this incredibly disturbing clip.

Below we have six equally plausible dinosaur extinction "theories" that, if you ask me, have as much explanatory power as Ham's Ark Theory ... 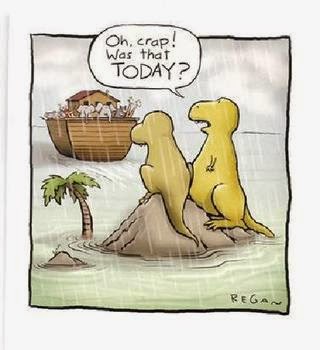 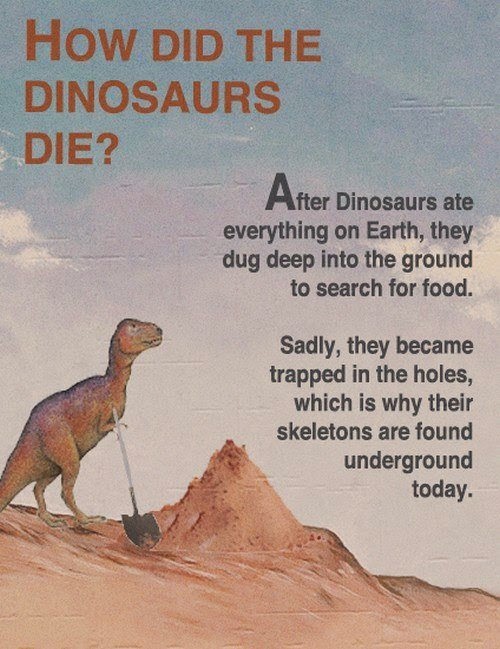 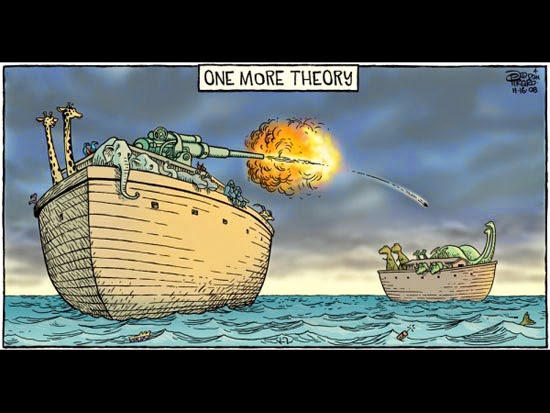 Seriously, with so many people buying into Ham's version of life it's no wonder the U.S. is falling behind the rest of the world when it comes to science and math. We now have entire segments of our population willing to reject critical thinking and the scientific method, choosing instead to place their faith in fairy tales and charlatans like Ken Ham.

Worse, their outlandish assertions about history and science are accepted by millions of people, in spite of the fact that their belief system actually makes it possible for the true believers to think that Jesus could have been the original "Dinosaur Whisperer" (you know, before Fred Flintstone) ...