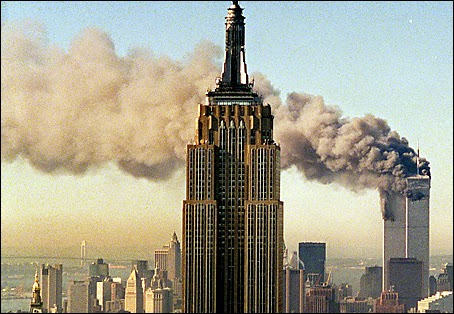 The security checkpoints through which passengers, including Atta and his colleagues, gained access to the American 11 gate were operated by Globe Security under a contract with American Airlines.

United Airlines said on Monday it plans to outsource more than 630 union jobs [which include gate agents] at 12 U.S. airports in a cost-saving move.

United Airlines reports it’s outsourcing 630 gate agent jobs at 12 airports to companies paying near-poverty level wages. Employees who have been with the company for years, earning middle-class wages of $50,000 a year, will be replaced by people paid between $9.50 and $12 per hour. United says it must do this to cut costs and raise its profits relative to other airlines. But United CEO Jeff Smisek gave himself $8.1 million this year. If he cut his salary just $2 million (in line with the CEO of the more successful Southwest Airlines, who gets $4 million), United would save about as much as it will by cutting the pay of those 630 employees.


The problem in America isn’t that typical workers are paid more than they’re “worth” in the market. It’s that they have no bargaining power, while too many CEOs and other top executives have the power to pay themselves almost whatever they want. How do redress this power imbalance? Some call for stronger unions and greater shareholder say over CEO pay, but I'm increasingly of the view we have to change the organization of the corporation so that it has to respond to all stakeholders -- not just its shareholders but also its workers and affected communities. What's your view?


So, yeah, this issue is not just about "saving" money to make United more competitive.

At the end of the day, we all know that you get what you pay for ... and the race to the bottom continues.