NO, LOWER TAXES ON THE RICH IS NOT THE BEST MEDICINE FOR A STRONG ECONOMY, OR MORE JOBS. 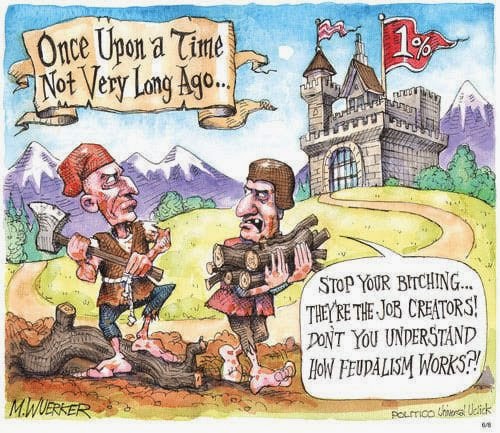 We've been told for well over 30 years now that if we just lower the taxes on the richest people in America that jobs will appear, the national debt will be paid and angels will appear from heaven (or something like that). Here's a few things to consider for perspective ... 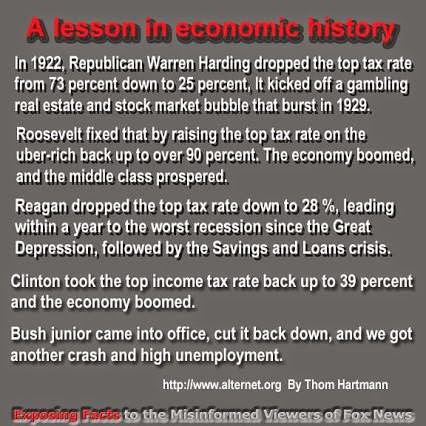 Now for the evidence over the years. First, the highest marginal income tax rates, since 1917. 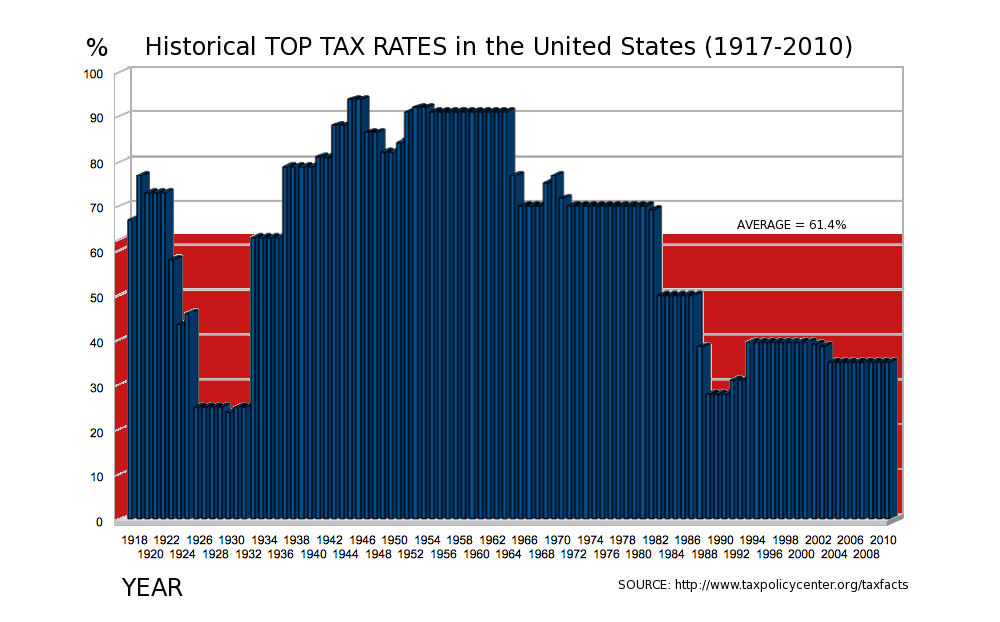 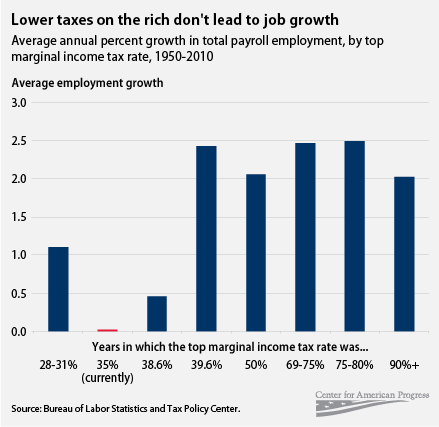 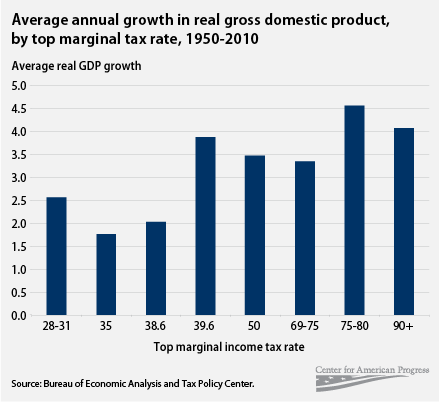 Want more?  If you want more supporting evidence on the relationship between higher taxes on the rich and greater economic performance and job growth the Congressional Research Services takes a look here.