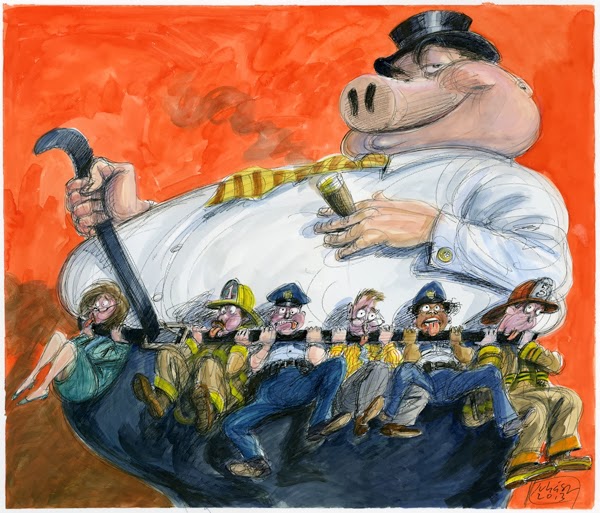 2. To make up for underfunding pensions state and local governments have been steered into risky "alternative investments" that have high fees and many middle men.

3. Many of the same Wall Street guys operating these "alternative investments" have a political stake in seeing unions and their pensions collapse (as long as they get their fees, what do they care about the fund if their larger political goals are met?).


I bring this up because it was three years ago that I wrote this post (and this post), which explained how Wall Street was ripping off ordinary workers in America. The focus was not on public pensions but on the looting of private pension plans.

In brief, I explained how many private corporations deliberately underfunded pensions for years. This helped fatten profits and bonuses. The larger issue, however, was when they then dumped their "private" obligations on the American taxpayer. How did they do this? By shifting their underfunded pension obligations to the federally managed Pension Benefit Guaranty Corporation, (or PBGC) when their companies ran into trouble or went bankrupt.

Over time, using conservative investment strategies, the Pension Benefit Guaranty Corporation ended up providing a semblance of stability for many pensioners. Many of the PBGC's pensioners might have been wiped out in retirement were it not for the federal government, and it's steady management of these bailed out private pension plans. 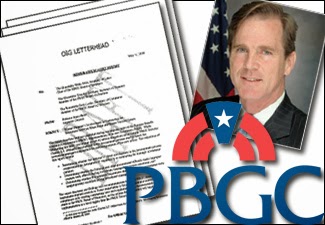 It turns out that Mr. Millard didn't embrace the cautious investment plan used by his predecessors. He decided to take much of the $64 billion in federal pension money from the PBGC and dump it into some of the more aggressive (and toxic) Wall Street investments ... right before the economy went off a cliff in 2008 (which is one of the reasons the PBGC started running in the red).

The point here is that some of Wall Street's biggest players have been looting the American worker for years. Taibbi's article is really another story in a longer line of stories documenting the systematic transfer of wealth from middle America to Wall Street and corporate America.

I encourage you to read Taibbi's article. If you don't have the time here's Matt Taibbi discussing the looting of public pension funds on Democracy Now.