THESE PEOPLE ARE BATS**T CRAZY 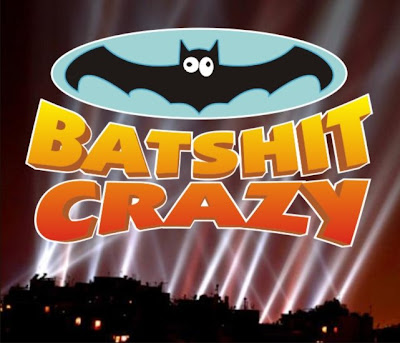 The people in charge of the GOP in Congress are Bats**t Crazy. I could put it another way, but I really can't at this point. Here's why.

Back in July of 2012 the undisputed budget scorekeeper for Congress, the Congressional Budget Office (CBO), was asked by Speaker John Boehner (R-OH) to take a look at what would happen to our financial picture if Congress repealed Obamacare. At the time Republicans in Congress were busy introducing legislation that would eliminate, scale back, or defund Obamacare (33 times in 18 months). So it only made sense to ask an impartial referee how their actions would affect our budget picture, right?

The CBO came back with this letter, which made it clear that repealing Obamacare would cost the American taxpayer over a hundred billion dollars more. Oops. 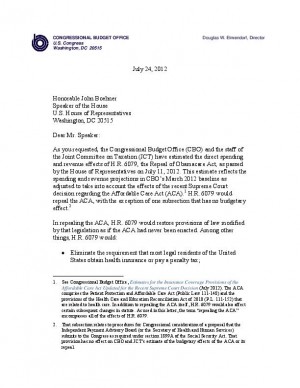 Specifically, the CBO reported that repealing Obamacare would increase the federal deficit by $109 billion between 2013 and 2022. While there are many reasons why this happens, the CBO makes it clear that Obamacare saves hundreds of billions over the current system (actually, over $700 billion) by reducing the amount paid out to insurers, manufacturers, and hospitals.

John Boehner's response? After being criticized for dismissively saying that the CBO was "entitled to their own opinion" when they issued their preliminary Obamacare repeal assessment in January of 2011, Speaker Boehner took another tactic. He pretty much ignored the July 2012 CBO letter. Nice.

But wait. Boehner's doing it again. Or, more correctly, even though the Supreme Court says Obamacare is constitutional, the GOP is going after Obamacare, again.

Even though the 112th Congress hurridly finished business, and ignored Hurricane Sandy financial relief pleas from New Jersey Gov. Chris Christie, newly elected Speaker Boehner seems to have no problem standing by while the most radical House Republicans in the 113th Congress introduce legislation to repeal Obamacare, again. 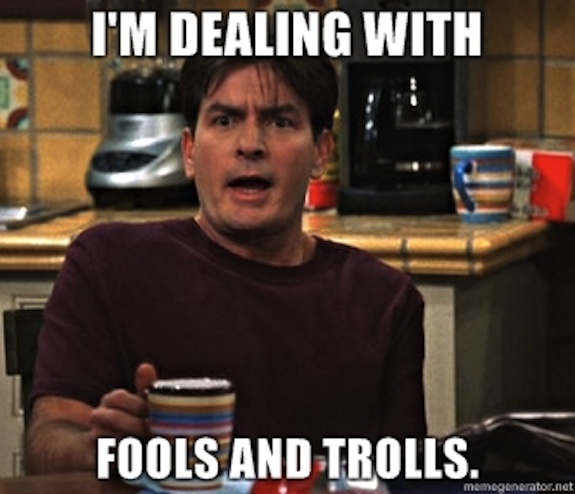 So, this is what we have. After failing 33 times to repeal Obamacare ... after failing miserably (or not trying at all) to introduce or make headway on job creation ... after getting called out for pushing a misleading report that accused the CBO of double counting (or omitting) Obamacare numbers ... and in spite of CBO projections telling them that repealing Obamacare would actually increase our national debt ... the GOP is once again prepared to go after Obamacare.

What's that saying about doing something over and over again? Anyways ...

What's so frustrating about all of this is that the GOP is being led by the same group of people who actually:

* Presented a budget with no numbers.
* Tried to redefine rape to fit their position(s) on abortion.
* Had the Majority Leader of the House claim - against all constitutional logic and history - that if the Senate didn't pass their legislation that their bill (H.R.1) would "be the law of the land."
* Consistently ignored or voted to block job creating programs in the 112th Congress because the jobs programs might help make President Obama look good.


You get the point. We're back to business as usual.

With sequestration (automatic spending cuts) and the debt ceiling coming up over the next two months you would think that the GOP might find the time to work on other things besides playing games with Obamacare. Think again.

Seriously, what the hell is wrong with these people? Wait a minute, I think I know. 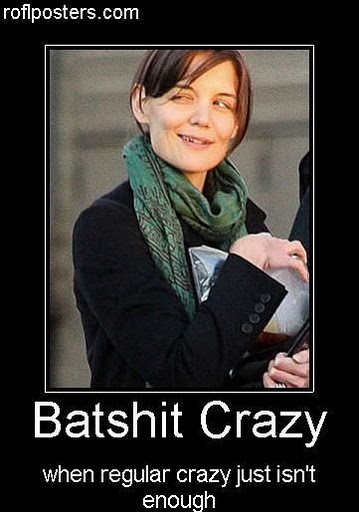 How else do you explain it?