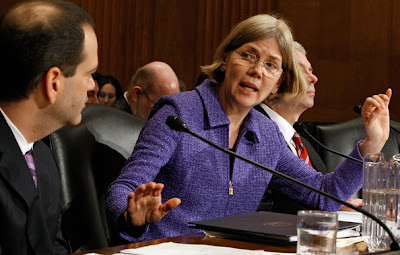 Elizabeth Warren, as I've noted here many times, knows what she's doing. This is what the social contract and the laws of justice are all about (mutual consent and political balance). Kudos to my friend Seven for finding this ...

“Now look, you built a factory and it turned into something terrific, or a great idea. God bless — keep a big hunk of it. But part of the underlying social contract is, you take a hunk of that and pay forward for the next kid who comes along.”

Warren is running for U.S. Senate in Massachusetts against Scott Brown. You can bet that Wall Street will throw a ton of money at Brown. Warren is the real deal. I hope she wins.