KEVIN McCARTHY AND GOP LEADERSHIP GEARING UP TO SAY "NO" (again) ...

I'm a prophet. Or at least that's how the GOP House leadership is making me look. Check this out ... 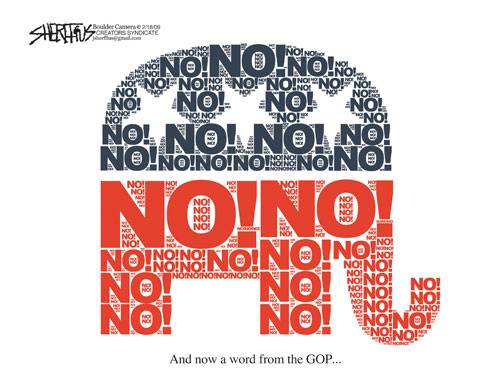 Last week I revived a January 2009 post where I predicted that House Republicans would say No to President Obama throughout his presidential term. As part of last week's post I then wrote that the House GOP would say No to his jobs agenda this week. And why not? The GOP's obstructionist race to the bottom approach to governing has paid political dividends in the past (which I also discussed in this July, 2011 Bakersfield Californian piece).

To be sure, holding your breath, while trying to break the state, is no way to govern. To date it's even given our nation a $14 trillion national debt plus gridlock in Washington. But record debt and stalemate aren't the concern of the GOP. It wasn't in 2009, and it isn't today. Bi-partisanship is a four letter word in their eyes. As long as they gum up the works, and gain power on their terms, they believe they're doing our country a favor in the long run.

Fourteen trillion dollars in debt and a broken economy be damned. 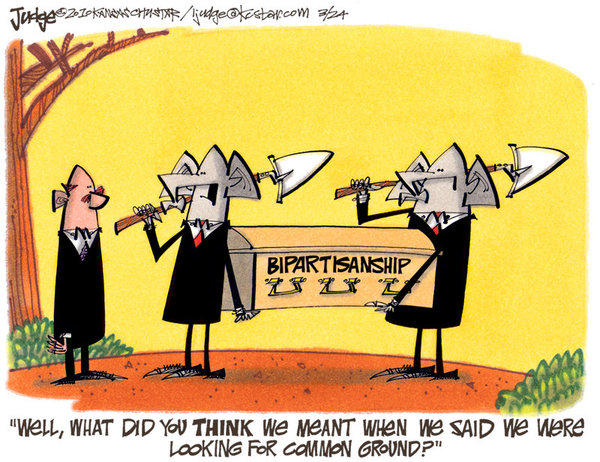 So when President Obama came out with his $400 billion-plus jobs program last night it shouldn't come as a surprise that the House GOP has already come up with their strategy for gumming up the works, again.

It doesn't matter that Americans affected by Wall Street's 2008 market collapse want to work, or that America's returning warriors want to find work after they serve our nation abroad. Forget the tax incentives too. The GOP, as I predicted last week, will be saying NO to President Obama, once again.

Don't believe me? Check this out. Last night House Majority Whip Kevin McCarthy (R-Bakersfield) pretty much explained how the House GOP is going to say No in this Fox News interview.

First Rep. McCarthy characterized President Obama's proposal as "political," then attacked it as a kind of "vague" out of control stimulus plan (even though the stimulus plan worked). In short, he was laying the groundwork for the GOP to say No to President Obama through the 2012 presidential campaign by dismissing it out of hand (Rep. McCarthy also gave a sign that he wants Wall Street deregulated, and Dodd-Frank emasculated, but that's another topic). 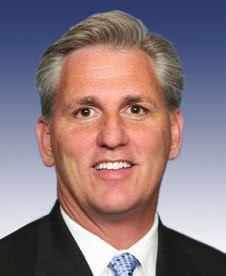 As a concerned citizen who lives in Rep. McCarthy's district, I watched his Fox interview this morning, and then commented on his Facebook page:

Kevin, why don't you just come out and say you're not going to work with President Obama? Why the song and dance (actually, I know, but that's another story)? And your comments about President Obama and our national debt is off ... President Obama didn't create our budget mess, or our national debt. Reagan effectively tripled it, while Bush II doubled it ... and then he left a mess of things that you and the GOP leadership are doing nothing about (legislation with tax cut poison pills don't count). I know you guys smell blood in the water because saying No has brought political dividends (Americans have short memories), but it's no way to govern. On the bright side, with the GOP presidential lineup, President Obama should win in 2012 ...

While one commentator tried to dismiss me by writing that I was "mad" at the world (I guess pointing out some inconvenient facts is a form of anger for Kevin's supporters ...), what the thread on Kevin's Facebook page reveals is that Rep. McCarthy's supporters don't understand what caused our current mess, and have no clue (or don't care) about what the GOP is up to. They've bought into the GOP's "blame the mess on President Obama" noise talk, while criticizing anyone who wants to "play the blame game" when President Bush is brought into the picture.

At the end of the day, while President Obama's jobs program wasn't the imperial czarist-like command that the GOP is sure to paint it as (actually, they'll paint it as a "big gubmint" project), it still had all the trimmings of a sorely needed infrastructure and employment project. And it could help lead the way to better days for many Americans (though I like this better).

Unfortunately, as Rep. McCarthy's Fox interview makes clear, the House GOP is going to hold their breath and say No - as I predicted here and here  - which makes me a prophet, I guess. 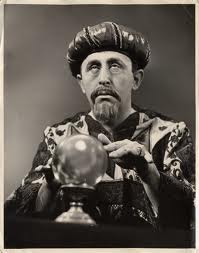 My new prediction? Unless a broad and genuine populist movement grows to force the hand of House GOP members (and, no, the Tea Party isn't part of this), only a few projects might see the light of day (in GOP districts?). But the broad outline of President Obama's program will be kicked around through the rest of 2011, and most of 2012.

On the bright side, while it does nothing to fix our nation's problems, we can all give thanks for the pitiful list of GOP presidential candidates.

P.S. As an aside, neither Rep. McCarthy nor Greta van Susteren once referred to President Obama as "President Obama." McCarthy mentioned "the President" once or twice - while slamming him on free trade - but it was always "he" or "him" throughout the interview. Rep. McCarthy even laughed at the idea that President Obama would call on Congress so many times to pass the legislation (because unemployment is so funny). Greta even started with, "So, what did you think of the jobs speech"? Even the Fox title for the clip omits "President." It's just "Obama." Frank Luntz is earning his money.
Posted by Mark A. Martinez at 10:43 AM