RON PAUL PLACES, THEN IGNORED (by everyone)

The Christian Science Monitor picked up on this Jon Stewart clip, and asks "Did Ron Paul's presidential bid just get a big boost from Jon Stewart?" In his opening comments Stewart made it clear that Fox & Friends (among others) virtually ignored how Ron Paul not only came in second, but barely lost out to Michele Bachmann in the Iowa Straw poll last week. 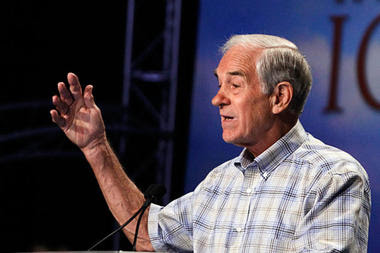 Ron Paul's reward for his popularity in Iowa? He gets ignored and became the Republicans "13th floor" in the post-straw poll analysis. Too funny. Check out the Stewart piece here.