THE 14TH AMENDMENT & OUR BUDGET

After the Civil War the United States Congress determined that the federal government and individual states were not obligated to compensate slave owners for the value of their merchandise (freed slaves). As well, Congress wanted to make sure that southern states, upset over losing the war, would not balk at helping to pay the public debt, much of which was incurred fighting the Civil War. 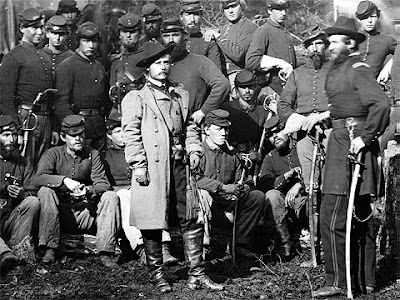 To make sure this happened MSNBC's Lawrence O' Donnell pointed out on his program last night that the 14th amendment included the following:

Section 4. The validity of the public debt of the United States, authorized by law, including debts incurred for payment of pensions and bounties for services in suppressing insurrection or rebellion, shall not be questioned.


Today Congress, often led by constitutional and historical illiterates, seem to think they don't have to authorize funding to pay our nation's obligations (which congress signed off on). In effect Congress is saying they don't have to do their job. And they're doing this in spite of the fact that the 14th amendment makes it clear that it is the job of Congress to make sure our debts are paid (Section 5: "The Congress shall have power to enforce, by appropriate legislation, the provisions of this article.").

This raises a question. If Congress refuses raise the debt ceiling, does the wording of the 14th amendment suggest that Congress is abdicating it's constitutional responsibilities?

And where does the President of the United States get the power to enforce Section 4 of the 14th amendment? From two sources in the Constitution:

Article II, Section 3: ... [The President] shall take Care that the Laws be faithfully executed.


The last time I looked, the 14th amendment is part of the Constitution, while payment of our debts (bonds) is part of our nation's laws.

In case you care to watch the whole thing, the show switches to "angry America" half ways through.

Mark, perhaps you overlooked the part of the constitution where appropriations bills must originate in the House of Representatives.

Are you seriously suggesting that because you believe that the House is abrogating its responsibility that the president should usurp authority which the constitution did not grant him?

By your sophomoric "logic" then, the POTUS has a veritable "blank check" to fund all "wars"? (Libya comes to mind).

Wonder how you will feel toward your tortured "logic" when a Republican POTUS is in office?

There is a difference between DEBT and OBLIGATIONS accepted but not paid for by previous Congresses. If there were not, we would not be having this discussion Dr. M.

Previous and present Congresses have committed to obligations which presently have no way of being funded. This does NOT in any way, shape, manner or form, obligate any present or future Congress from remanding these laws/promises.

Persons who believe they have obligations from Congress have a right to "Petition...for redress of Grievances." But those who have been simply promised entitlements...have no claim. Nor have we any obligation to pay them.

The Left, of which Dr. Martinez appears to be a tool, is muddying the waters...hoping an ignorant and gullible public will not understand the difference; nor sense the terror of allowing the President to basically spend gargantuan quantities of public monies as he sees fit. Nor does the Dr.see the problem in rewarding the recklessness of the Pelosi Congress by funding unearned, non-Constitutional, unpayable promises...by using sophistry to cow the present Congress into further looting the productive class.

Neither does Dr. Martinez grasp that the productive class can cease to be so, by simply removing the financial incentive...by taxing it to where their work is not worth the effort. Nor the danger for the economy when those who produce are penalized...what they will close; who they will lay off, what they cannot invest or spend.

This is a recipe for economic collapse and political tyranny.

The Constitution requires that the debt be paid.

All other spending is a matter of statutory law that must fall before the superior law--the Supreme Law--the constitution of the United States.

If the Obama Administration defaults on the debt of the United States--it will be because they ignore what the U.S. Constitution requires. (see below)

Having said this, the Republicans are not posing this as a "solution". There are $200 Billion a month coming into the Treasury each month, with $20 Billion in debt service each month. The Social Security payments plus DOD and other "scare tactics" your ilk pressages can also be covered.

At that point, Both D's and R's will have to sit down and cut. But the D's will have none of THAT! (including yourself)!!

"At that point, Both D's and R's will have to sit down and cut. But the D's will have none of THAT! (including yourself)!!"

Democrats stand for the middle class. Dems have cut funding to safety departments, education, and the one I take personally, libraries.

Republicans stand for the rich. What have they given up?

I know! Their love for America. It's replaced with love for corprate money.

If Barack Obama attempts to destroy the Separation of Powers doctrine, if he intends to seize Congressional power when it comes to borrowing and spending despite the plain wording of Article 1 Section 8 Clause 2. In other words if he’s going to violate his oath of office…then he needs to be impeached.

Should he attempt to seize explicit Congressional power, we’ve got to make a case that we don’t like dictators in this country and that we will not accept dictators in this country. There’s not even a colorable argument that can be made that justifies the President of the United States seizing for himself the authority to “borrow money on the credit of the United States.” And should Chuck Schumer continue to urge this and should the President do it, then Chuck Schumer should be expelled from the United States Senate when the Republicans take it back over as they will.

Wasn't it Bush who said, "You're either with us or against us!" Sounds like a dictator like thing to say. Obama on the other hand tried so hard for so long to reach across the aisle. It cost the Democrats the House.

My God! It doesn't take a genius to see this.

What world to these Tea Party and GOPers live on? They seriously must rate under 1.4 in the TMI chart. Watch http://www.southparkstudios.com/clips/386593/america-is-back#searchterm=tmi
And you will know what I'm talking about.

It is now blatantly obvious from his posts hereon, that R.M. must stand for "Reducto Martinezo" - IOW said poster is incapable of comprehending even basic concepts like "productivity" and "real wealth creation" in the private sector. But then, that only leads us back to the metric heir apparent within the preponderance of "MM"'s (Martinez Mush-heads) doesn't it?

(Don't take away my "re-distributive transfer payments from the "rich" dude!) ROTFL!