This should blow the cover off of the "mystical" and unknown forces that many people believe shape and create market behavior. But it won't. People will still believe in the free market fairy tale. 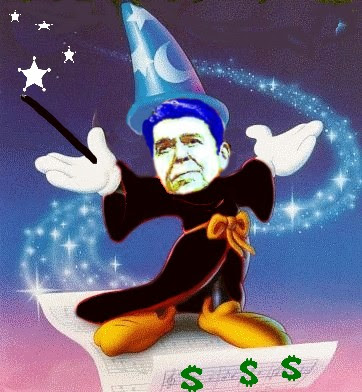 As many of you know, I receive and read through financial reports from various investment houses. Some of them are good. Others (most) are simply garbage designed to get you to spend your money with them. In this Money Morning piece we're told that we should begin to worry about last week's stock market sell off because market players (they're not investors) are concerned that the long string of money the American taxpayer government has dumped into the economy may be coming to an end. Ergo, market players may need to jump in with their own cash if they want to keep the "bull run" in the market going.

This is like saying you're going to have to walk up the stairs if the escalator stops working. In market speak, what the writer of the Money Morning piece is referring to are the pampered and bailed out market players (many work on Wall Street) who depend on our taxpayer-funded gravy train to prosper, and now operate like this ... 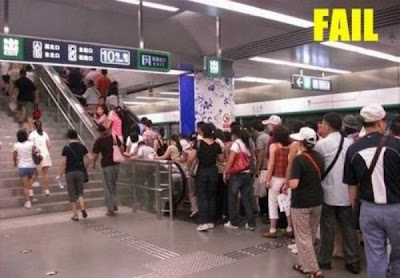 Now that's a stairway to heaven.

Seriously. For the better part of three decades today's market participants have depended on the American taxpayer federal government to take them to the top of the market with a series of escalator-like subsidies, bailouts, and favorable legislation. They're no longer interested in taking real market risks because they know they can wait for the American taxpayer federal government to keep their bonus and profit gravy train going. 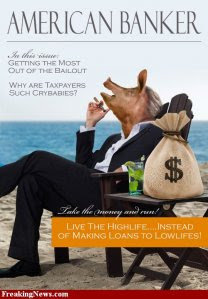 But wait, it gets better. I was particularly "impressed" with these two nuggets of market wisdom from the Money Morning piece:


1. What rescued the market last August was the American taxpayer Federal Reserve dumping hundreds of billions into the market (once again).

So, let me get this straight ... "Markets driven by fundamentals take longer to develop and are more self-sustaining, while markets driven by liquidity have a lot of trouble once government support is pulled." Why ... this observation is ... it's ... pure genius I tell you, pure genius.

Now, where have I seen this kind of earth shattering, out of the box, thinking before? Oh, yeah. It was here ...


At the end of the day, the kind of market behavior we're really talking about here is what many of us have known about for a long time. It's called herd behavior. And it's driven by psychological factors that used to be shaped by a system of punishment and reward, better known as bankruptcy or profit. Today these psychological factors are shaped by government supports and bailouts - and NOT by some kind of "mystical' market forces that only Wall Street and the economic talking heads can determine from their crystal balls.

This helps explain why, since they got their guaranteed trillions, Wall Street  isn't very much interested in taking risks, or investing in the American taxpayer who bailed them out. They don't have to in order to get their money.

On the bright side, at least the article acknowledges that our economy doesn't operate according to free market principles, sort of ...

Email ThisBlogThis!Share to TwitterShare to FacebookShare to Pinterest
Labels: Bailout, Market Integrity, Market Subsidies, The Myth of the Free Market