This Paul Krugman article is spot on.

Krugman writes that the Republican Party is ready to shutdown the government because they want to cut programs and other funds that support jobs that Democrats want to maintain. At the same time Republicans also want to continue cutting taxes for the rich and their partner corporations.

In a few words, they're bent on imposing Third World-like fiscal austerity without actually doing anything about covering the budget holes that 30 years of tax cuts for the rich have created. Simply put, they're not serious about fixing the budget. 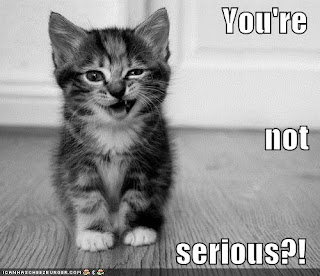 Focusing on budget cuts alone - or fiscal authority - is a big problem because:

* A comprehensive study by the International Monetary Fund concluded that “the idea that fiscal austerity stimulates economic activity in the short term finds little support in the data.”

* Britain’s conservative government imposed harsh austerity measures after last May. Rather than create an economic surge business confidence collapsed. It still hasn't recovered. Today, as one report put it, the private sector is “unprepared to fill the hole left by public sector cuts.”

* It does nothing to make up for the budget holes created by thirty years of tax cuts for the rich.

In spite of these realities, Krugman believes that House Republicans "will try to blackmail the Obama administration into accepting their proposed spending cuts, using the threat of a government shutdown."

At the end of the day, claiming that the budget cuts proposed by the Republicans would do wonders for America's current fiscal mess is not backed by the facts. Worse, their efforts are betrayed by the simple reality that the Republicans continue to support tax cuts that have helped bust a hole in our budget.