Let me see: four times five is twelve,
and four times six is thirteen, and four
times seven is -- oh dear! I shall
never get to twenty at that rate!
- Alice 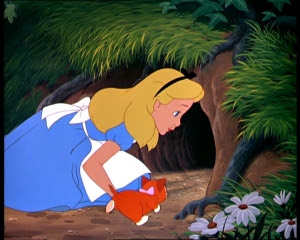 Why does anyone take the GOP seriously when it comes to budgets? This is an especially pertinent question since we'll be going back to business as usual in about a week. Check this out ...

The director of the non-partisan and highly respected Congressional Budget Office (CBO) sent our newly minted Speaker of the House, John Boehner, a letter last week. The letter said that repealing President Obama's health care plan would add hundreds of billions to our deficits over the next decade. Boehner promptly brushed it off, saying the director of CBO was entitled to his own opinion.

Specifically, in a letter to House Speaker John Boehner (R-Ohio), the director of the CBO wrote that repealing health care reform would (1) add $230 billion to deficits over the next decade, (2) leave 32 million fewer people with insurance and (3) lead to higher costs for those who are covered. Boehner disagrees

Boehner's reluctance to embrace the CBO analysis (he must have read the already debunked piece Douglas Holtz-Erskin penned on the topic for the Wall Street Journal) wouldn't be so bad if it weren't for one thing. When it comes to the budget the Republicans have gotten it mega wrong over the past 30 years, and have ignored CBO (or actuary) estimates when it suits their political interests.

Check out these budget busting whoppers ...

* The Bush administrations claimed that the money from Iraq's oil could pay for Iraq's reconstruction ... as we know, Iraq's oil is paying for nothing. We're into our first trillion for our unfunded wars.


* The GOP asserted that an unfunded Medicare Part D would cost hundreds of billions less  than Medicare's chief actuary said it would ... but it's even worse. It's going to cost us trillions more than suggested.


* The Republicans said that President Bush's budget busting tax cuts for the rich would help the economy and lower budget deficits ... President Bush effectively doubled our national debt (by adding more than $5 trillion), and then handed President Obama a trillion dollar-plus budget deficit.


* President Reagan and GOP supporters said that his trickle-down, tax cuts for the rich, politics would not only pay for itself, but that it would reduce budget deficits ... but then Reagan effectively tripled our national debt in 8 years, turning Reaganomics into a cruel hoax (which the conservative Mises Institute pointed out back in 1988).

Then, how about the GOP's big March 2009 budget roll out? It had no numbers ... which is convenient if you can't add or subtract to begin with.

The point is, once we get back to business as usual, why should anyone listen to the GOP when it comes to health care and reading our budget tea leaves? Still, many will.

Back to the rabbit hole ...

Addendum: As a point of reference, Medicare Part D was a phenomenal taxpayer funded give away to the pharmaceutical industry. For a review made by a pissed off conservative that explains how Medicare Part D was passed by President Bush and his Republican led Congress (to shore up the senior vote) click here.
Posted by Mark A. Martinez at 10:41 AM