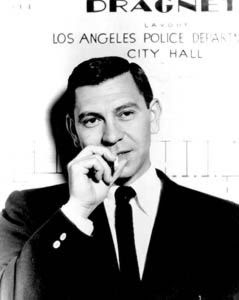 David Fiderer does a pretty good job of debunking the myth that "keeping the Bush tax cuts will generate wealth/growth" in this article. At the same time he helps us understand that what we're really seeing is a massive transfer of (unfunded) wealth to America's richest class.

In terms of promoting economic growth, the Bush tax cuts were a complete failure.

In terms of promoting job growth, the Bush tax cuts were a complete failure.

In terms of fiscal prudence, the Bush tax cuts were a complete failure. 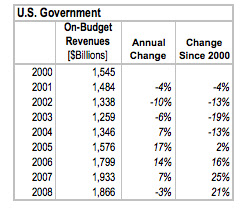 (For those of you looking at the 2008 numbers, keep in mind that $1.86 trillion in 2008 - in inflation adjusted terms - is worth $1.49 trillion in 2000)
President Bush (like previous presidents) took the surplus cash paid by you, me, and our employers into Social Security and used it to reduce his current operating deficits.

Here's Rep. Alan Grayson (D-FL) explaining the logic behind extending the Bush tax cuts as he goes through the numbers ...