HISTORY WHISPERING IN OUR EAR

Following World War I and the punitive Treaty of Versailles Germany found itself in quite a predicament. It was forced to pay for the war, but was stripped of it's capacity to produce and earn income at the levels necessary to pay. When Germany defaulted on its obligations in 1923 French and Belgian troops occupied the center of Germany's coal and steel country (the Ruhr River Valley), which incited German resistance and led to hyperinflation in Germany as they attempted to print the money needed to meet their obligations.

To deal with the problem the U.S. led an effort that would help Germany meet it's obligations. Under a proposal put together by American banker Charles G. Dawes, arrangements were made to restructure the reparations agreement. But perhaps the most important element of the Dawes Plan was how it funneled money from U.S. investors into Germany in the form of U.S. bank loans. Money put together by U.S. banks would be used to pay off European states who would then use the money to pay off their creditors. In a circular-like flow, money would eventually flow back into the United States.

While the plan was somewhat successful in staving off Germany's creditors, and defusing the effects of the French and Belgian invasion, it didn't address the primary reality: The Treaty of Versailles was so punitive and unrealistic that it presented Germany with few options.

Worse, the remedy - the Dawes Plan - was based on the blind assumption that new loans from could fix Germany's problems. They couldn't. Germany owed too much. Worse, the source of new loans was tied to an environment created by the Roaring Twenties and Wall Street's nascent bubble mentality. Investor fever, which allowed U.S. bankers to secure money from ordinary Americans, blew up within 5 years. Wall Street's incompetence and greed would take the aspirations and hopes of Germany and, later, Europe down in flames in 1929 (the Young Plan would follow).

When the loans and the circular flow of money dried up - which had been based on Wall Street's bubble - the shortsightedness and stupidity of Versailles was revealed. Worse, it starved Germany and set the conditions for the serpents of Nazism to make their way through Germany. 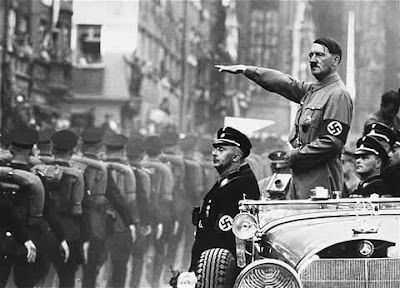 I bring all of this up because it appears that, following another financial hit from Wall Street, the world is entering another period where trade partners are poised to become increasingly vicious trade competitors.

Rather than learn the lessons of history, world leaders seem to think they're immune to history's lessons. In this piece, from former Labor Secretary Robert Reich, we learn that the world is once again betting the house on another circular flow of market stupidity. Only this time national leaders, who understand that their nation's consumers are broke or tapped out, are betting that they can solve their country's economic problems by exporting to other countries, whose consumers also happen to be broke or tapped out. Seriously.

Reich's article is important for what it tells us about our current predicament, and how simple-minded our leaders have become (yeah, it looks like President Obama might be in this group too). They simply don't understand (or refuse to recognize) how currency wars, the blind alley of debt, and trying to appease Wall Street at the expense of Main Street have ended historically.

Today, in an effort to appease Wall Street's financial institutions world leaders are demonstrating once again that they prepared to drive their own citizens, and each other, into a blind alley with austerity programs and beggar-thy-neighbor policies that inflame national passions. You can't do this and expect the players involved to act rationally over the long term.

For those of you inclined to disagree with me, keep this in mind. This is not me talking about a theory I use in class. This is history whispering in our ear.

"Shortsighted and stupid" plans are bound to fail big time sooner or later at any level whether individual or state. I guess the U.S. continues not to listen to the whispering in its ear; hence, massive housing forclosures, huge loss in investments, etc.
Why don't we learn from the past history particularly from mistakes?