THE STATE OF OUR (DYING?) HEALTH CARE DEBATE

This Modern World pretty much sums up the health care debate as it currently stands. Not much on health care, but much ado about mindless (and paranoid) politics* and Joe Lieberman's real constituents: (1) The health care lobby and (2) his bruised ego (click on cartoon to enlarge). 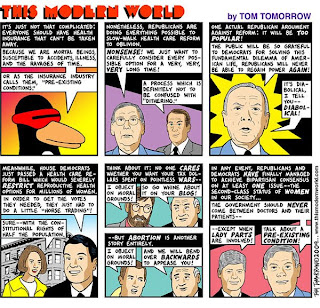 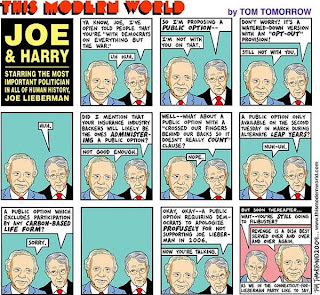 * After suggesting that the country would become dependent on the Democratic Party for everything, Utah Senator Orrin Hatch (R) squared his conspiratorial circle by referring to Democrats who support the proposed health care plan as "diabolical."
Posted by Mark A. Martinez at 1:28 PM