I remember the first time I took my kids bowling. I hadn’t bowled in some time and was amused to see the operators put bumpers up along the lanes. The idea is to keep the ball out of the gutters so the kids don’t get discouraged. Naturally my children bumped their way into a few strikes, for which they celebrated heartily. Of course I congratulated them on their “success.” 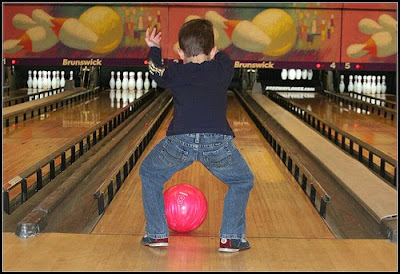 While reading recent headlines touting Wall Street’s rally I was reminded of my kids and bumper bowling. Specifically, I’m struck by all the happy talk surrounding the market’s response to the government’s trillion dollar bailouts and other financial sector guarantees. Incredibly, we’re expected to rejoice over “the markets” new found confidence and the fact that some financial institutions – now flush with taxpayer-funded cash – have considered returning the federal government’s bailout money.

Responses to these “market triumphs” suggest that stabilization and recovery are around the corner. Down the line, I’m sure we’ll be treated to turn-around stories, with market players compensated for long delayed bonuses for their Herculean efforts during these troubled times.

Forgive me for not sharing in the happy talk but it’s hard to celebrate “the market’s response” when bankruptcies are on the rise, unemployment is climbing, and record bank failures occur across America. The basis for the new found confidence is as empty as the bowling scores in a bumper-escorted game.

Think about it. How can we speak of “market recovery” when taxpayer money and government guarantees are acting like bumpers to prevent the American economy from careening into the gutter? What we’re really seeing is the reaction of an irresponsible group who had a ton of money dumped into their laps for no other reason than they signed up for the Drunken Bowling League – which guarantees more bumpers (and beer) the drunker they get. 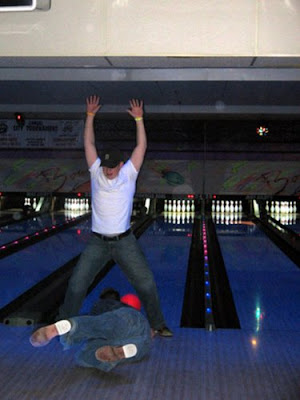 Today we’re asked to celebrate as additional bumpers are erected. Apart from the bailouts and guarantees, we’re expected to cheer as our financial institutions take sham “stress tests” that use the same “exams” (i.e. risk models) that were used to gauge financial institutions and their toxic products before this mess. Worse, in case the products tested aren’t up to snuff, financial institutions are asking for yet another bumper in their drunken bowling night affair. They want their products graded on a curve.

Grading on curve is called “Mark-to-Market” and would work something like this in your world. Let’s say you’re selling your house. Prices have collapsed so you won’t get what you would’ve four years ago. But in our Drunken Bowling League economy it doesn’t matter. Mark-to-Market allows you to use the average price of your home over, say, the past four years as your sale (market) price.

Here’s the fun part. The Wall Street guys aren’t talking about applying Mark-to-Market to your house. They understand the mess it would cause because of how it regulates market prices right out of the market. They only want it applied to the collapsed and toxic instruments that that they want, or currently hold.

Is any of this something for us to cheer about?