The NY Times has an excellent article on finance in today's paper located, curiously, under it's "science" section. Why science? Because the article discusses how physicists and their hard sciences brethren flocked to Wall Street in the 1980s and 1990s and became the analysts who created the novel financial instruments that helped get us into our current economic mess.

In a few words these "quant geeks" used novel financial instruments to create elegant models that made sense on their computers but, as we know now, had little to do with reality. There's a reason these guys ended up getting it wrong. Like Rumplestiltskin they were, in effect, trying to turn straw into gold. 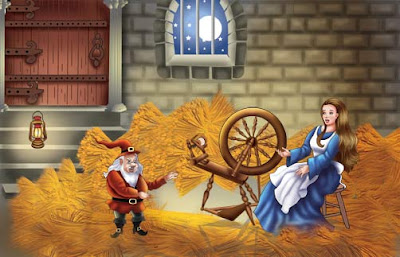 Rumplestiltskin, as we know, is a child's fairy tale. What many of us don't know is that Rumplestiltskin is an exaggerated caricature of the ancient alchemists, who searched centuries for the Philosopher's Stone, a mysterious substance which the ancients believed had the power to turn base metals, or other materials, into gold. Even Sir Isaac Newton is said to have dabbled (secretly) in alchemy in search of the Philosopher’s Stone.

Sovereigns and alchemists alike believed that if the Philosophers’ Stone could be found, or if the right chemical reactions could be produced, their worries about money and finances would be solved. So it was with Wall Street and their new alchemists from the disciplines of physics and mathematics.

Unfortunately for us, our modern day Rumplestiltskins - the quant geeks and their Wall Street patrons - are now just starting to realize what the ancients learned long ago. Products that are unstable and/or worthless are just that, unstable or worthless.

The article is somewhat long, but worth the read.