OIL AND ENERGY IN AMERICA 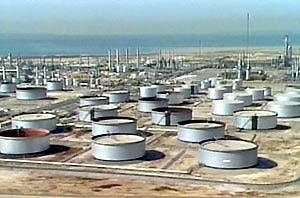 Former Commerce Secretary Robert Reich has a short but excellent post on oil and energy in America. It's done in a Q&A format. Here's the Q&A lead ...

Answer: No. The Energy Department's own Energy Information Administration admits offshore drilling will affect gas prices only many years from now, and even then would have a negligible effect on prices.

With Congressman Kevin McCarthy being applauded by Bakersfield Californian columnist Marylee Shrider for running back and forth between Bakersfield and Washington to participate in the republican's energy publicity stunt, Reich's comments make it clear that our local congressman is just wasting his time. It also tells us that Shrider doesn't understand the difference between "democracy" and publicity stunt politics.

Read Reich's post. It's the best short review of our energy situation I've read in a while.