With George Bush in the White House we may lose the lead in in science and technology. Here's why ...

Many of you are familiar with the Republicans Culture Wars which contradicts many of the tenets of science and reason. It has also brought us to the point where a President's "gut" can trump evidence, and has allowed conservatives to convince themselves that it's OK to support incompetence and ineptitude in the White House because President Bush is "a Godly man." The Republicans Culture Wars have also given us perhaps America's greatest contribution to ignorance, the Creation Museum in Kentucky.


Apart from asking us to believe that dinosaurs roamed the earth as vegetarians 6,000 years ago, and that they traveled with Noah on his ark (no word on whether they ate the Unicorns), the museum is, quite simply, a national embarrassment.

The problem isn't so much the museum. It could be billed as an amusement park (and it should be). The problem is that the museums theme has been incubated in an uncritical environment. This environment is directly to blame for creating a mind-set that led America to elect a "Godly president" who also happened to fail in virtually every earthly effort he attached himself to. Not surprisingly, President Bush has been an abject failure as a president as well. Which brings me to what's happening to the heart and soul of America's economic future - science and technology.

As if President Bush's Blundering Wars Project weren't enough for one president, it is now clear that years of cutting science and technology budgets (to pay for war and tax cuts for the rich) have made an already precarious science position in the U.S. even worse.

Specifically, after securing bi-partisan support for a competitive initiative, President Bush held the line on an already bloated budget which forced Congress to cut funding for science research. President Bush then turned around and blamed Congress for funding cuts when it was his administration that agreed to increased science funding, but then held the line on about $20 billion that would have funded America's science initiatives. If you're looking for an analogy, it's like telling the kids they can have ice cream, but then deliberately leaving your wallet at home so you don't have to pay for it. 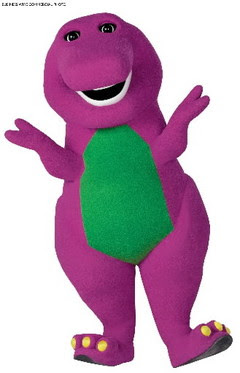