THE FOLLY OF MORE U.S. DEFENSE SPENDING ... IT DOESN'T MAKE US ANY SAFER 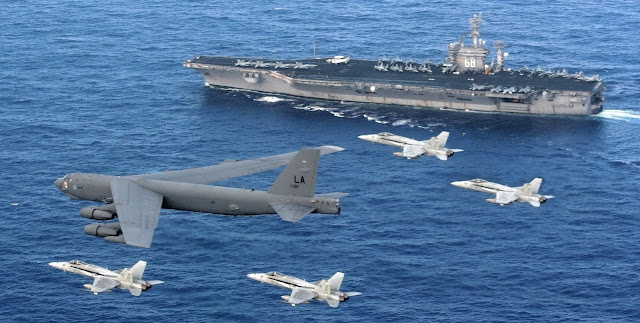 The United States Senate voted overwhelmingly to increase military spending by $80 billion, even though Donald Trump asked for a $54 billion dollar increase. Not only does our total spending for the year (almost $700 billion) match what we were spending at the height of the Afghanistan and Iraq wars, but it exceeds the spending of our next 10 rivals, put together.

Here's another fun fact. The $80 billion increase, if spent on higher education, would be enough to make public colleges and universities tuition free.

One more fun fact. The spending doesn't make us any safer and might even, according to Ronald Reagan's under Secretary of Defense, Lawrence J. Korb, make us less safe.