YEAH, THERE ARE LIMITS TO FREE SPEECH ... AND THEY'RE REALLY SIMPLE TO UNDERSTAND 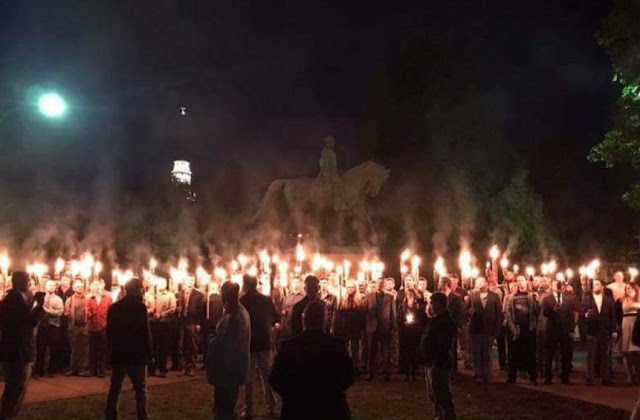 Oh, and he's made it clear that he doesn't want to irritate white nationalists in America.

While many Republicans openly condemned the American Nazis and the KKK, none have found it necessary to split with Trump, nor called for any kind of sanctions against the president. In effect, Donald Trump's embrace of white supremacists has gotten a partisan pass, courtesy of the GOP.

To call attention to Trump's twisted comments and the Republican party's empty condemnation of American Nazis and the KKK, comic artist Lalo Alcaraz came up with "GOP: The Big Tent Party" comic below, which I posted on my FB page. 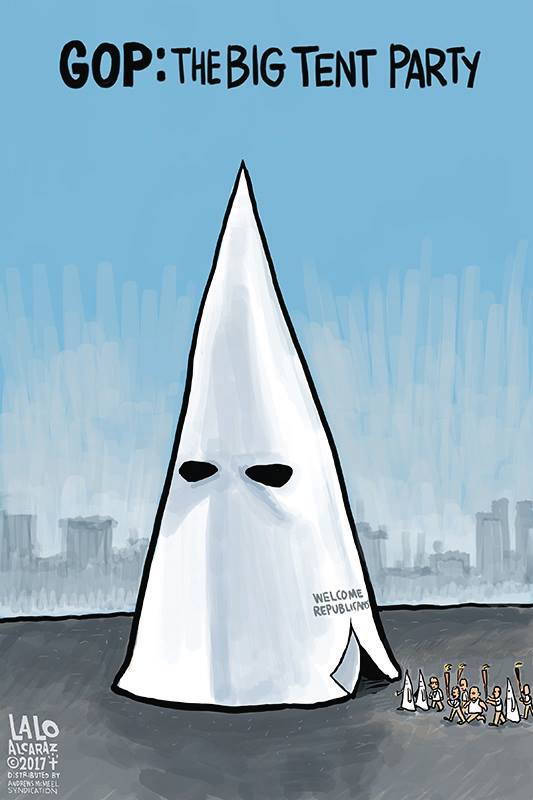 As you can imagine, several trolls and white nationalist-Nazi sympathizers came out of the wood work, with many asking why American Nazis and the KKK don't have a right to march, and spew their hate, under the guise of free speech.

What these people don't understand is there is no absolute right to free speech in America, period.

I responded to one poster on my FB page - let's call him "Jeff" - by reminding Jeff that while the U.S. Constitution gives anyone the right to pollute the human environment (including white supremacists and Nazis) there is no absolute freedom of speech in America. Jeff didn't get it, in part because Jeff is like most of the conservative trolls who respond to my commentary on Channel 17, or follow my FB page and blog.

I told Jeff that "there are limits to speech in America ...", pointed out that you can't yell "fire" in a crowded theater, and told him to start there. What the "fire in a crowded theater" example tells us is that time, place and manner of speech makes a difference, which the Supreme Court - the interpreters of the U.S. Constitution - have established over the years.

As I make clear in my classes, "fighting words" and offensive speech (towards "ordinary citizens") are not protected speech. Similarly, false statements (though the issue is still cloudy), obscenities and child pornography aren't protected either (for reasons I think we all understand).

To be sure, satire about "public figures" is protected (as Jerry Falwell found out), but there are still limits to speech. 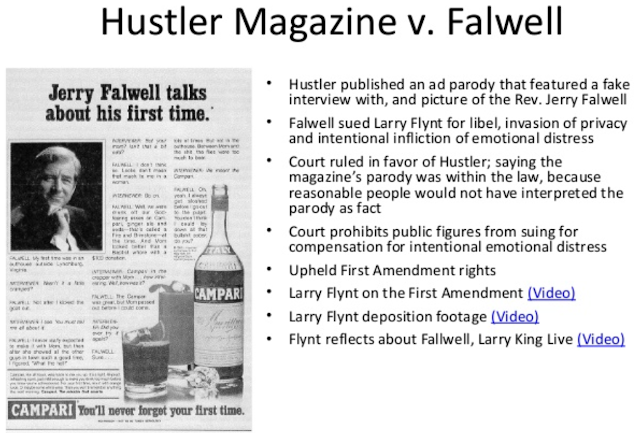 Then we have commercial and copyrighted speech (which can't be copied), and a host of other types of speech, especially if you work for the government (like national security), that are curtailed.

There's more, but the point here is there's no absolute right to free speech, period.

This is why it's important to note that, apart from their offensive speech, many of the Charlottesville American Nazis and KKK members showed up armed and in paramilitary gear. This made it clear they weren't preparing for a debate club moment. 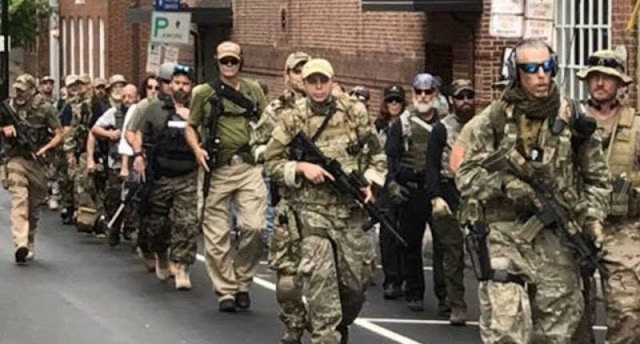 Let's be clear here. The marchers in Charlottesville were not there to fight for workers rights, equal pay, or any other public policy position. They were thugs looking to take a stand and provoke a fight because they now feel emboldened by President Trump's toxic politics of division to promote white supremacy, and the toxic ideology of Nazism.

One final thought. I ended my discussion with Jeff by telling him that the Framers made it clear that it was OK to chase "repugnant ideas out of the public square." The Federalist Papers - which explain what the Framers really had in mind when they wrote the U.S. Constitution - argue quite forcefully that it is acceptable for society to "pick and choose" what ideas we want to hear publicly. In simpler terms, there is a marketplace of ideas in America.

For the moment, the vast majority of Americans don't want to hear Nazi thugs, the KKK, or any other white supremacists telling the rest of us about their genetic, cultural or racial superiority. 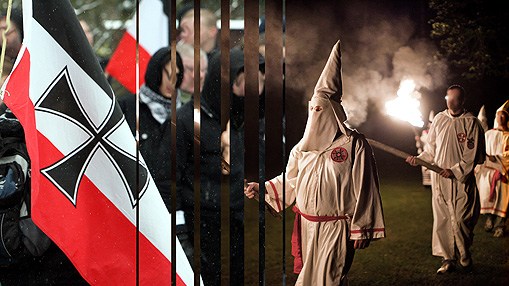 At the end of the day, the Founding Fathers - through documents like the Federalist Papers - did argue that imperfect and divisive speech are protected by the U.S. Constitution (because the causes of "factions" can't be removed). But they made it clear that the government must also work to control the worst elements of human speech because we are "not angels."

The Supreme Court, the arbiter of our Constitution, has held this position in court case after court case for well over 200 years.

There's more to the issue of what's protected and not protected speech - as this Atlantic article makes clear - but time, place and manner of speech makes a difference.

So, yeah, there are limits to free speech in America, and they're really simple to understand.