THIS IS THE STATE OF DEMOCRACY IN AMERICA IN 2017 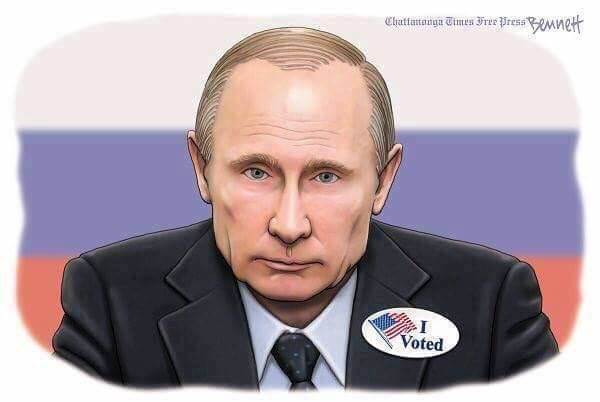 Donald Trump is president because of Russian interference. Every national intelligence agency in America is in agreement on the issue of Russia's interference in our presidential election. Incredibly, Trump's supporters don't care.

This is the condition of democracy in America in 2017.

To help explain how this happened, and what the Obama administration tried (and failed) to do about the interference, the Washington Post has this article on Russia's efforts to undermine America's presidential election in 2017. In the article we learn that Russia's twin election goal was to undermine Hillary Clinton's electoral chances, while simultaneously undermining America's confidence in its political system. Russia's dream outcome was to get Donald Trump elected president.

Russia got their trifecta - they helped batter Hillary, create doubt about our electoral system, and getting Trump elected - which should infuriate every American. You can start reading about the hijacking of America's election in 2017 below ...

Early last August, an envelope with extraordinary handling restrictions arrived at the White House. Sent by courier from the CIA, it carried “eyes only” instructions that its contents be shown to just four people: President Barack Obama and three senior aides.
Inside was an intelligence bombshell, a report drawn from sourcing deep inside the Russian government that detailed Russian President Vladi­mir Putin’s direct involvement in a cyber campaign to disrupt and discredit the U.S. presidential race.
But it went further. The intelligence captured Putin’s specific instructions on the operation’s audacious objectives — defeat or at least damage the Democratic nominee, Hillary Clinton, and help elect her opponent, Donald Trump.
At that point, the outlines of the Russian assault on the U.S. election were increasingly apparent. Hackers with ties to Russian intelligence services had been rummaging through Democratic Party computer networks, as well as some Republican systems, for more than a year. In July, the FBI had opened an investigation of contacts between Russian officials and Trump associates. And on July 22, nearly 20,000 emails stolen from the Democratic National Committee were dumped online by WikiLeaks ... 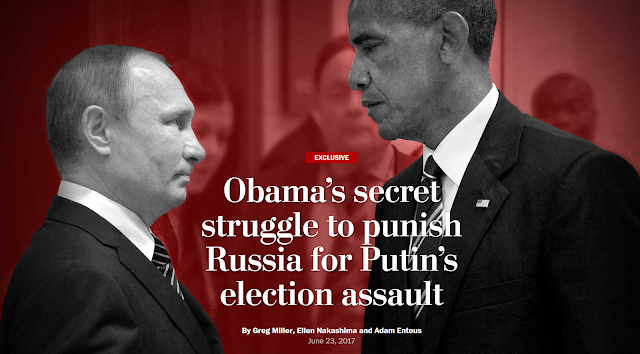