PUTTING PARTY BEFORE COUNTRY ... MITCH McCONNELL AND THE REPUBLICAN PARTY 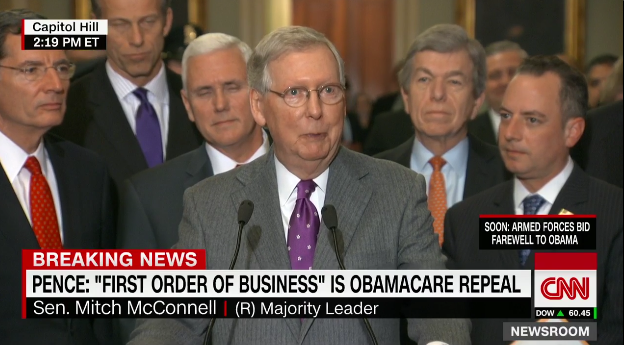 Former Secretary of Labor Robert Reich nails it (again) with this observation of Senator Mitch McConnell ...

No man has done more in recent years to undermine the functioning of U.S. government than Mitch McConnell. For example:

1. As Majority Leader of the Senate, McConnell famously declared in 2010: “The single most important thing we want to achieve is for President Obama to be a one-term president.”

2. By 2013, McConnell had led filibusters of 79 of Obama’s court nominees, compared with 68 in the entire previous history of the Republic.

3. After Justice Antonin Scalia’s death was confirmed last year, it took McConnell less than an hour to say that the vacancy should be filled by the next president. He called keeping Obama’s nominee off the court “one of my proudest moments.”

4. Although his predecessors as majority leaders at least attempted collegiality, McConnell practices no such niceties (recall his recent silencing of Senator Elizabeth Warren).

5. Now comes his use of the "nuclear option," ending the filibuster on Supreme Court nominees, killing the tradition of unlimited debate in the Senate dating back to 1789. Two years ago, when Obama was president, McConnell said he would abolish filibusters of Supreme Court justices only if there were 67 votes for such a change. This week, he employed a maneuver to do it with 51 votes.

McConnell has consistently placed party over country. He is no patriot. He has shamed himself, the Republican Party, and America.


For my part, I would add that Mitch McConnell has been aided by a gaggle of small thinking enablers, like Reps. Paul Ryan and Kevin McCarthy, and a cohort of Ayn Rand inspired sycophants on the far right. 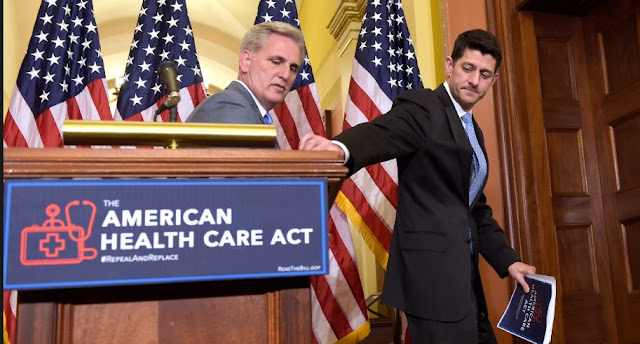 These people have literally lost themselves in a dystopian ideology that has little to do with Adam Smith and Thomas Jefferson, and everything to do with crony capitalism and the maintenance of political power. Donald Trump is a product of more than 30 years of putting a failed ideology before country.

History will record Mitch McConnell and the modern Republican Party as stains on the American experience.