WHEN IT COMES TO CONNECTING THE TRUMP-RUSSIAN DOTS, REP. DEVIN NUNES IS EITHER REALLY INEPT, OR SIMPLY BAD AT LYING

When it comes to getting to the bottom of Russian intervention in our 2016 presidential election, there's some serious incompetence going on in the halls of Congress. Either that, or the GOP leaders in the House Intelligence Committee - but especially Rep. Devin Nunes - are not very good at lying. 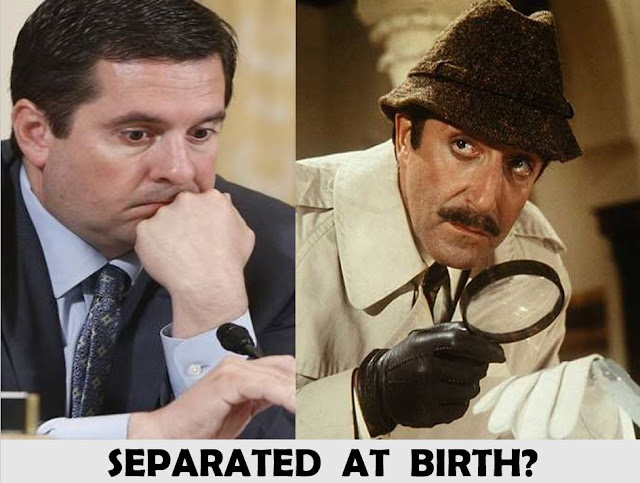 Is it a crime if someone hacked your computer, stole documents, and then selectively leaked the information to deliberately damage or hurt you? You bet. However, what if a foreigner did the hacking? Let's  make that a Russian hacker. Is it still a crime? According to Rep. Devin Nunes (R-CA), if a foreigner is involved in hacking and releasing information, it's less of a crime.

However - and this is the strange part - according to Rep. Nunes and his colleagues on the House Intelligence Committee, while foreign hackers might not be a problem in his book, writing about those who speak with hackers and their collaborators leaves you open to criminal prosecution.

To recap. If you're a foreigner and you commit a crime, it's probably not that important, according to Rep. Nunes. But those who write about the criminal activity should be prosecuted.

Welcome to Donald Trump's America, where writing about the crime is more important than the actual crime. And it's all brought to you by the Republican Party, who suddenly don't care if foreigners attack and subvert America's democratic process.

But wait. It gets better (or is that worse?).

It turns out that Rep. Devin Nunes, the head of the House Intelligence Committee, not only doesn't seem to care about foreign (Russian) hackers, but he claims he doesn't know anything about some of Donald Trump's very public and biggest sycophants, Carter Page and Roger Stone, who had direct contact with (or knowledge of) the players involved in the hacking.

And he's the head of the House Intelligence Committee.

What this means is that as head of the House Intelligence Committee, Rep. Nunes, is either inept or not very good at lying to the press about what he knows. 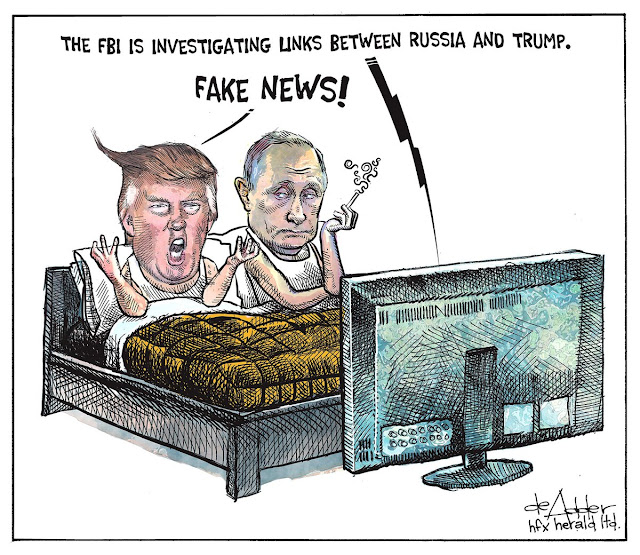 What's clear is that the Republicans need to participate in the appointment of an independent prosecutor. This is absolutely necessary if we're ever going to get to the bottom of Russia's assault on America's democracy.

Absent this, the GOP is simply participating in and allowing the gradual erosion - and even collapse - of the American democratic experiment.