"LEVENTEEN" IS NOT AN ACCEPTABLE ANSWER ... SO, NO, ALTERNATIVE FACTS DON'T FLY IN MY CLASS

The spring semester at CSU Bakersfield began this week. I felt compelled to address Donald Trump's Alternative Facts "anything goes, as long as I believe it" universe. I explained in one class that, yes, there are objective truths in education ... by the time a kid enters Kindergarten they should be able to color between the lines ... if a 2nd grader is asked to add 2 + 2 and comes up with "leventeen" there's a problem ... and, no, the sun does not revolve around the earth.

If we understand these agreed upon, peer-reviewed, truths, then we can begin to understand why arguments that begin with "Rush Limbaugh or Breitbart said ..." are not going to be acceptable answers. 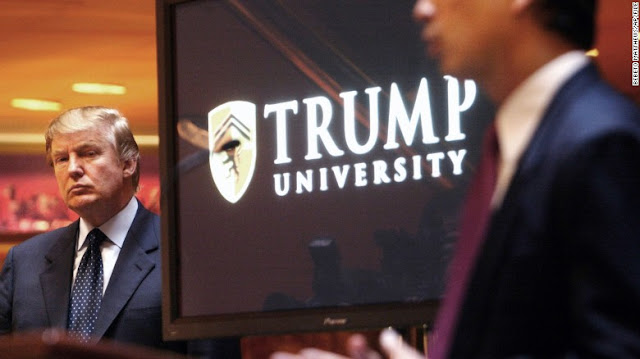 I tried to make it clear that if you want to cite the time someone from the Alternative Facts world happened to get something right that's fine. We can do this. But this does not mean they represent the truth. It simply means they may have stumbled on anecdotal evidence, which we can discuss (remember, even a broken clock gets it right twice a day).

Simply put, unless you're studying rhetoric, media & propaganda, psychological profiles of cult leaders, or similar themed courses and topics, Team Trump's Alternative Facts worldview have no standing in my class, let alone at this university.

If you believe they do, it's up to you to explain why we even have universities or research centers. Seriously, if your "leventeen" is considered valid because that's what you want to believe what's the point?