THERE IS SOMETHING SERIOUSLY WRONG IN AMERICA ... AND IT'S NOT JUST TRUMP

Hows' this for a kick to the groin of America's seniors ... 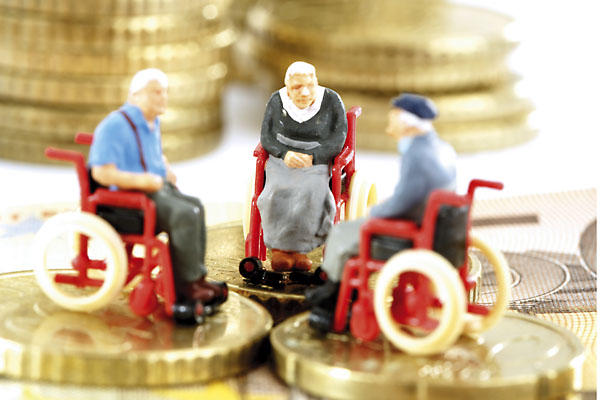 Social Security checks are being garnished and reduced for unpaid student debt. Make no doubt about it, this is another example of wealth extraction over wealth creation. And it's coming at the expense of America's elderly who don't have access to the same laws and protections our nation's financial elites do. Think about it.

Silver-spooned divas, like Donald Trump, can game the system by declaring almost a billion dollars in losses, and then stiff his creditors by filing for bankruptcy at least 4 times.

Companies like Freedom Industries can pollute rivers and water supplies in West Virginia, then decide they don't want to clean up their mess, and declare bankruptcy to avoid responsibility.

Wall Street can run the economy into the ground - threatening to take the entire system down with them in the process - and find themselves the recipients of at least $4.3 trillion in bailout funds.

America's largest financial institutions - many of whom originated or purchased student loan contracts - would have gone broke without the trillion dollar market bailout, according to the International Monetary Fund.


In contrast to the financial and legal safety nets available to our nation's financial elites, middle-class Americans who have student loans, and suddenly find themselves unemployed or sick from toxic spills - neither of which they had anything to do with - can't escape debt. So, why can't student loan recipients escape debt burdens, like our nation's financial elites? Because we have laws that make it clear, while you can file for bankruptcy, you can't discharge your student loan obligations. Ever.

That's right, Congress has created a legal framework that effectively says, "Go ahead and pollute the environment, blow up the economy, and even run your multi-million dollar casino and hotel businesses into the ground. We'll let you declare bankruptcy and avoid responsibility for the mess you leave behind (several times, if you like) ... but don't you dare walk away from your student loan debt!"

And, now, the federal government is acting like the muscle behind the mob's loan business model, and taking money out of Social Security checks to recover unpaid student loan debt. So much for equality under the law.

Again, think about it. America's financial elites can screw up "bigly" and use America's bankruptcy laws to save their fortunes. Our financial mandarins can appeal to the U.S. Congress for tax payer backed trillion dollar bailouts when they screw up. But heaven forbid America's seniors try riding off into the sunset when we can hound them into their graves because they owe a few thousand on their student loans.

So, this is what we have. The U.S. government is forcing many of America's seniors into poverty level conditions by sacking their Social Security checks. This is happening because the same government that caters to the needs of our nation's financial overlords somehow believes only student loan holders should be excluded from constitutionally protected bankruptcy provisions (yeah, it's in the Constitution).

There is something seriously wrong in America. And it's not just that Donald Trump is going to be president.

What's worse, Donald Trump won't do anything to fix this.