THE IDES OF MARCH ... AND THE "BREAD AND CIRCUS" THAT WILL EMERGE FROM THE REPUBLICAN PRIMARIES 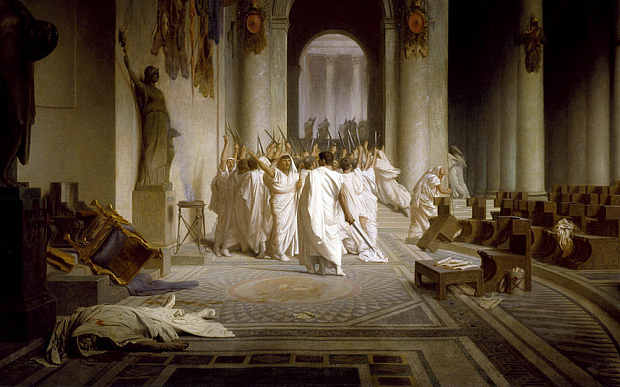 In case you didn't notice, today is the Ides of March, and it's coinciding with the GOP's Tuesday of Doom primaries. As fate would have it, like Rome's Julius Caesar, the GOP's current leader of the pack, Donald Trump, is also "manipulative, narcissistic, egotistical, sexually predatory" and has been warned that his allies are out to get him.

I know, I know. The Caesar reference is overstated. Trump doesn't control the powers of state.

Still, one thing's certain: With Donald "The Carnival Barker" leading the GOP pack, we can expect more "bread and circus" from the coming Republican civil war(s). While the media and the mob will love them for it, the American Republic will suffer in the process.