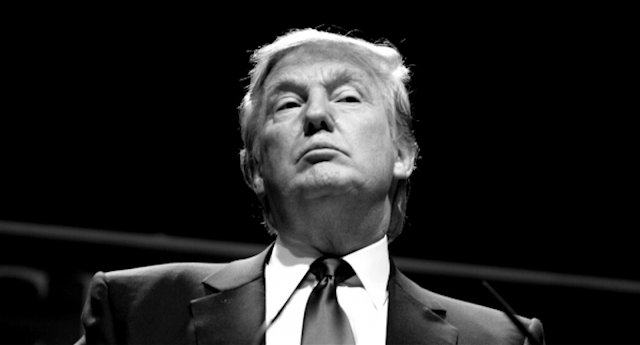 Guest Post: Ray Gonzales, Ph.D.
Dr. Gonzales is retired from the California State University system, served in the United States Marine Corps (1957-59), was elected to the California State Assembly from Kern County in 1972, served in the first Jerry Brown administration, was a diplomat in the U.S. Foreign Service from 1980 to 1990, Director of Recruitment for the Peace Corps from 1993 to 1997, and is currently teaching as an adjunct in the Department of Political Science at CSU, Bakersfield. This article appeared first in the Bakersfield Californian on February 29, 2016.

The French political analyst Alexis de Tocqueville was the first to remark on American Exceptionalism after a visit to the country in 1831.  He noted that unlike other countries, primarily European, that were defined by ethnicity, geography, common heritage, social class of hierarchal structures, “America was a nation of immigrants bond together by a shared commitment to the democratic principles of liberty, equality, individualism and laissez faire economics.”

This is the conclusion he came to after spending considerable time traveling throughout the country and coming into contact with average Americans: farmers, shop keepers, tradesmen and citizens of early American, not long after they had gained their independence from England.  Tocqueville admired the American character.

But over time, there have been many historians and political thinkers, both American and foreign, who have interpreted American Exceptionalism in many other ways.  Noted historian Seymour Martin Lipset defined it differently in his publication, American Exceptionalism A Double-Edged Sword, (W.W. Norton Co. 1996).  Lipset believes that the idea of American Exeptionalism reveals America to be both the best and the worst of nations.  Thus, the double-edged sword.

On the good side is the equality of opportunity, the highest work ethic, the idea that in American anyone can become president.  This is a position we have no title for.  He is not your majesty, your highness, your excellency, simply—Mr. President.  He can be one of us.  On the dark side of the sword, Lipset notes, America is a country that promotes violence, brutality, hatred, cruelty.  While it is difficult to look at, our history of slavery, our near annihilation of Native Americans, our Jim Crow laws, our confinement of Japanese Americans, our Chinese Exclusion Act, and so much more, there is no denying that the dark side has existed. 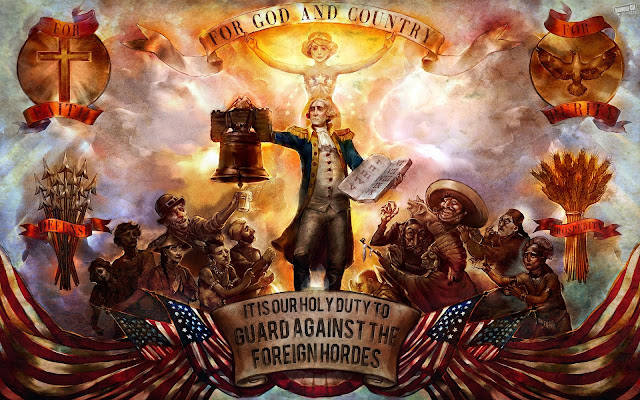 One justification for much of the dark side was the notion of Manifest Destiny, a term for the attitude prevalent during the 19th century, the period of the great American expansion, that suggested it was God Almighty’s will that the Anglo-Saxon race of America should possess all of the land from sea to shining sea.  This attitude fueled the unprovoked War with Mexico of 1848, in which we took half of that country, and the Native American’s brutal removal from their lands.

Of course there was much more unprovoked violence exerted by our country over the years: the Spanish-American War of 1898, Gun-Boat Diplomacy in the Caribbean and Latin America, the Big Stick behavior that was so much a part of our foreign policy.  One could say the misguided war in Iraq also qualifies.  While these are evidence of the dark side, we must agree that on the good side was the Greatest Generation’s sacrifice to defeat the Axis powers of WW II.

So how do we get to Donald Trump?  What does he have to do with any of this?  Now, in his run for the presidency we see the dark side of the American Exceptionalism sword being wielded.  Here is a man who announced his run for the highest office in the land by saying he was going to round-up and deport 11 million Mexicans, many of whom were murderers and rapists.  He would build a wall to keep them out.  He would refuse to admit into the country anyone who practiced the Muslim religion.

This hardly reflects Tocqueville’s notion of America being “a nation of immigrants,” or reflecting “the democratic principles of liberty and equality” the Frenchman spoke of.

And again, with respect to the dark side of the sword that “American is a country that promotes violence, brutality, hatred, cruelty,” Trump has proudly stated that he would certainly return to using water-boarding, the method of torture begun in the 9th century with the Spanish Inquisition, and use even worse forms of torture.  He proudly boasts that he could stand on Fifth Avenue and shot someone in the head and not loose any votes. What a guy!

His cruelty has frequently been exhibited by his mocking of a physically disabled reporter, his accusation that John McCain was not a war hero because he spent five years in a Viet Cong prison; he let himself get captured.  He glories in calling his Republican opponents “losers, liars, dopes.”  He has his security people manhandle and abuse protesters.

“I’d like to punch him in the face,” he shouts over the microphone.

No matter how awful Donald Trump may sound to a rational person, his followers think he is the “great white hope.”  His gatherings are like circus affairs.  “Trump! Trump! Trump! Echoes from the rafters.  “USA,USA,USA,” is heard as he comes out onto the stage. “So look, in a nutshell,” he shouts, “we're going to make great trade deals. We're going to rebuild our military. It's going to be so big, so strong, so powerful. Nobody is going to mess with us, believe me, nobody. Nobody…we’re going to bomb the s…t out of them.  We’re going to make America great again.” 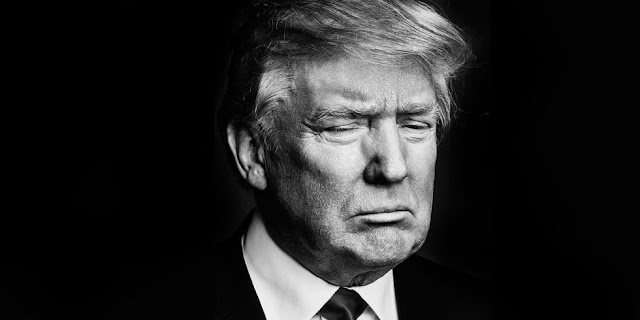 Trump is the dark side of American exceptionalism, manifest before the world.  There are countries debating now whether they will allow him to enter their territory.  More than a joke, he is a sinister clown who has scratched the bottom of the American ethnocentrism by his outrageous behavior and words.  He claims he will do many great things for our country which “doesn’t win anything any more.”  But he never gives one sentence of explanation of just how he is going to do all of these great things.