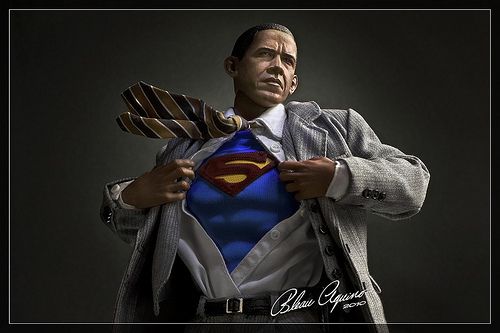 It was 2009. The economy was in free fall and headed for Depression-like conditions. It didn't matter that the GOP's policies caused the economic mess in the first place. The Republicans gathered and pledged to block or say no to every initiative proposed by President Obama.

It would be generous (and a lie) to say President Obama was opposed by the GOP because of a principled strategy. The reality is he was confronted by a political conspiracy. The even darker reality is that congressional Republicans engaged in a form of political obstructionism that borders on treason. A smiling face of deceit has camouflaged this reality.

Six years later, with the GOP having made good on their promise to put up roadblocks at every corner, the United States economy has reversed course. And this has happened primarily because of the Superman like efforts of President Obama ... 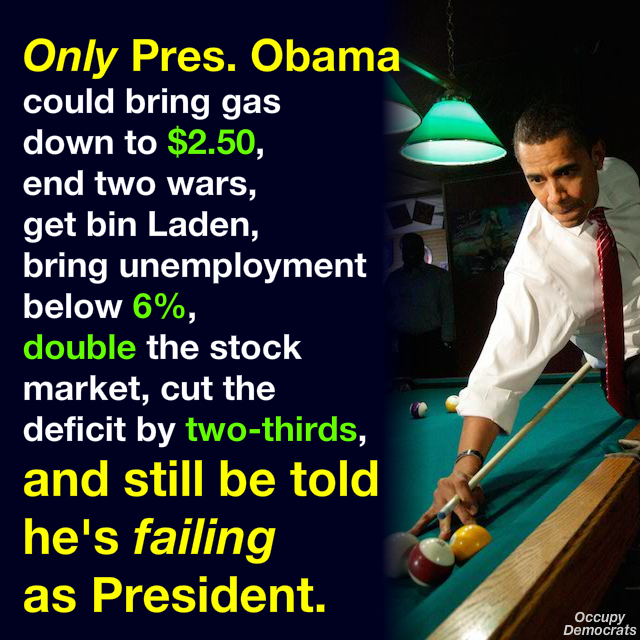 From Jeff61b we get 14 facts about President Obama's successes, which conservatives conveniently blow off because they disrupt the narrative that guides their miserable political lives. 4. THE STOCK MARKET HAS SET RECORD HIGHS.
Source: Dow Jones Industrial Average Last 10 Years: Macrotrends.
5. THE SHRINKING FEDERAL BUDGET (reduced by 2/3 since 2009).
\Source: What is the Deficit?: USGovernmentSpending.com.
6. GOVERNMENT SPENDING'S INCREASED 3.3% ANNUALLY (lowest since 1950s).
Sources: Who Is the Smallest Government Spender Since Eisenhower? Would You Believe It's Barack Obama? Forbes magazine. The Facts About the Growth of Spending Under Obama: Washington Post.
7. INCOME TAXES ARE AT LOWEST RATE IN ALMOST 50 YEARS FOR 95% OF AMERICAN TAXPAYERS.
Source: Federal Income Taxes on Middle-Income Families Remain Near Historic Lows, Center on Budget and Policy Priorities.
8. DEPENDENCE ON FOREIGN OIL HAS SHRUNK DUE TO RECORD DOMESTIC OIL PRODUCTION & IMPROVED FUEL EFFICIENCY STANDARDS
Source: IndexMundi. For your conservative friends who want to switch topics and discuss Benghazi, have them take a look at this list of congressional committee investigations - led by Republicans - that came up with nothing on Benghazi.

Then you might want to ask them about this ... 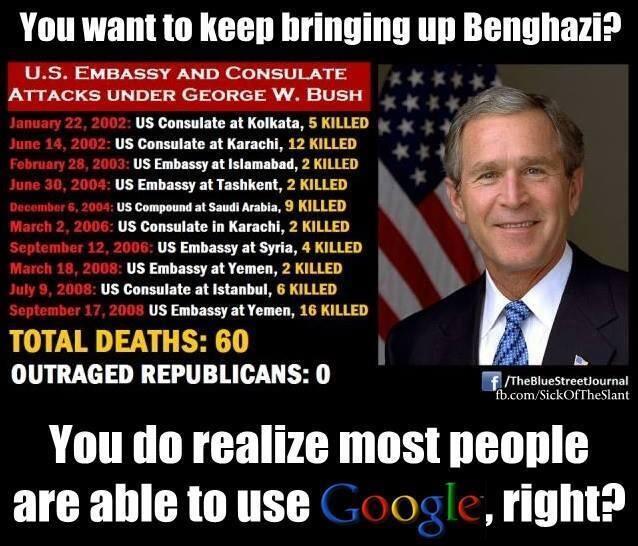 For those of you who are still confused, and want to believe that President Obama is a failure, I'm going to help you.

If you want to know what's really behind the GOP's distrust and constant denigration of President Obama - and what's helping to push Donald Trump to the front of the line within the Republican presidential pack - you can probably start here ... 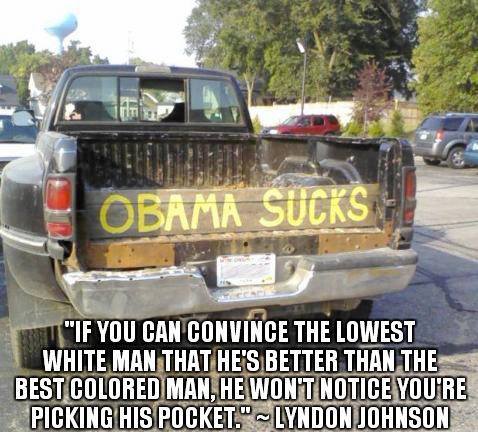 And, yeah, when you consider what he started with, and has had to fight through, President Obama deserves a cape.

I want to use your blog as a source of information for my English class's assignment on a biography for president Obama. I probably can't trust you, but I am sick of reading news reports...So I hope your right about all this.