WAR IS A RACKET ... PLUS OTHER THOUGHTS ABOUT AMERICA'S FINANCIAL ELITE, AND PERPETUAL WAR

Major General Smedley Butler (1881-1940) was the most decorated U.S. Marine at the time of his death in 1940. In spite of his battlefield heroics General Butler is perhaps most famous for exposing the fascist plot to seize the White House in the early years of Franklin D. Roosevelt's first term. 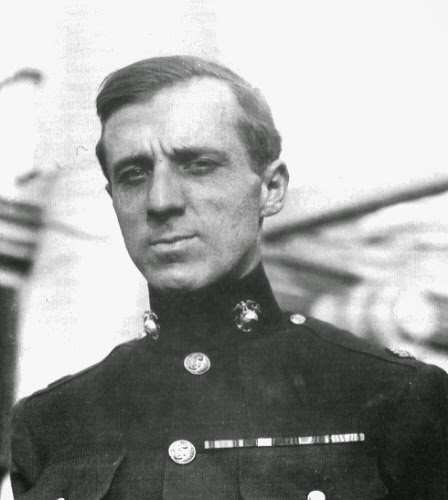 Asked to lead a group of military veterans against FDR, General Butler flatly refused and worked to expose the plot concocted by some of America's wealthiest families and other financial elites.

In a strange twist, after Wall Street and America's financial elites had effectively wiped out the economy in 1929, a group of wealthy individuals convinced themselves that FDR was the one leading the country to ruin. They approached General Butler with a plan to overthrow President Roosevelt. The goal was to install a fascist dictatorship along the lines that we saw in Germany and Italy at the time. General Butler was viewed as the only man with the prestige and trust necessary for inspiring military veterans to go along with their plan.

After the entire affair was exposed General Butler came to the conclusion that America's financial elites weren't so much concerned about America as much as they were about making money, regardless of how it affected other nations, our soldiers, or our reputation abroad. General Butler reflected on how he saw his military service abroad:

I spent 33 years and four months in active military service and during that period I spent most of my time as a high class muscle man for Big Business, for Wall Street and the bankers. In short, I was a racketeer, a gangster for capitalism.

I helped make Mexico and especially Tampico safe for American oil interests in 1914. I helped make Haiti and Cuba a decent place for the National City Bank boys to collect revenues in. I helped in the raping of half a dozen Central American republics for the benefit of Wall Street. I helped purify Nicaragua for the International Banking House of Brown Brothers in 1902–1912. I brought light to the Dominican Republic for the American sugar interests in 1916. I helped make Honduras right for the American fruit companies in 1903. In China in 1927 I helped see to it that Standard Oil went on its way unmolested.

Looking back on it, I might have given Al Capone a few hints. The best he could do was to operate his racket in three districts. I operated on three continents.


To reduce the proclivity towards war General Butler wrote in War is a Racket that we needed to take the profit out of the equation. To do this he called for national conscription for both people and industry during times of war. Specifically, he wrote:

You can't end [war] by disarmament conferences ... by resolutions. It can be smashed effectively only by taking the profit out of war.

The only way to smash this racket is to conscript capital and industry and labor before the nation's manhood can be conscripted ...

Let the officers and directors and the high-powered executives of our armament factories and our steel companies and our munitions makers and our ship-builders and our air-plane builders ... as well as the bankers and the speculators, be conscripted - to get $30 a month, the same wage as the lads in the trenches get.

Let the workers in these same plants get the same wages ... yes, and all generals and admirals and all officers and all politicians ... Why shouldn't they? They aren't running any risk of being killed or having their bodies mangled or their minds shattered ...


General Butler concluded by saying that if everyone affiliated with making money off of war were to receive what the common soldier earns that the proclivity towards war would be "smashed."

I'm not sure if the tendency to make war would be "smashed" if we took profits out - humanity is made up of some seriously deranged people - but the story of the American empire would definitely be altered. 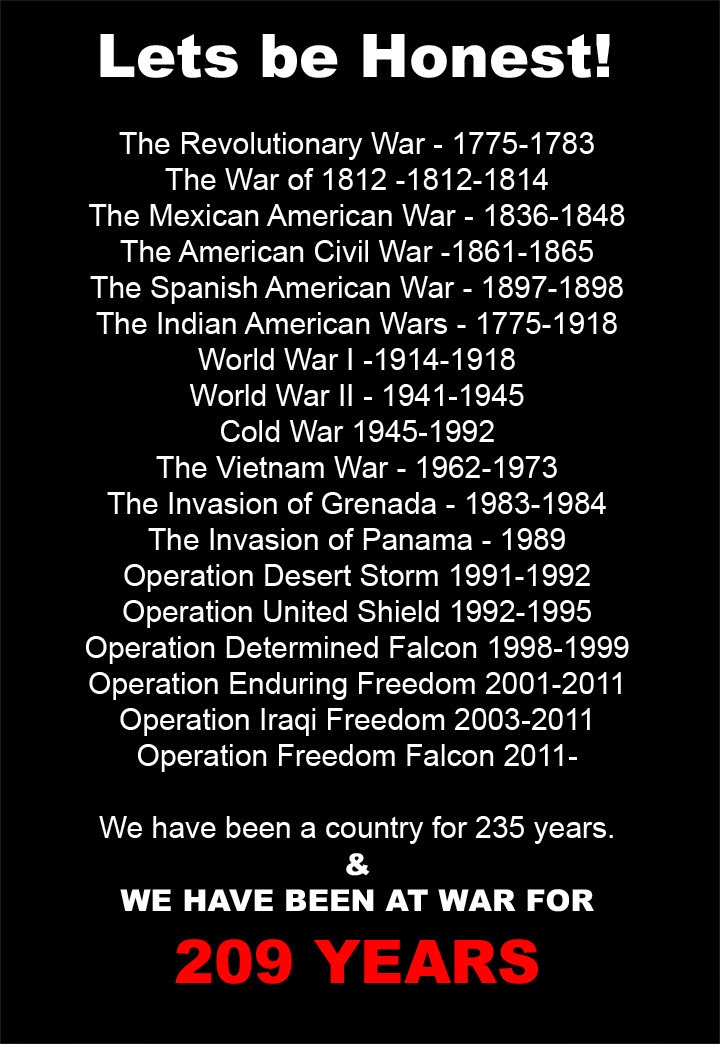 Mark, right on. As a former Marine, General Butler has always been one of my heroes. He was Commandant of the Marine Corps and the only soldier to win Two Congressional Medals of Honor. In another of his famous comments, he noted, "after of lifetime of service in the Marines, I realized I was nothing but a policeman for Wall Street." He and his Marines were the government in the Dominican Republic for years, as well as other places in Latin America.