A WORD ON EXECUTIVE ORDERS, AND PROCLAMATIONS 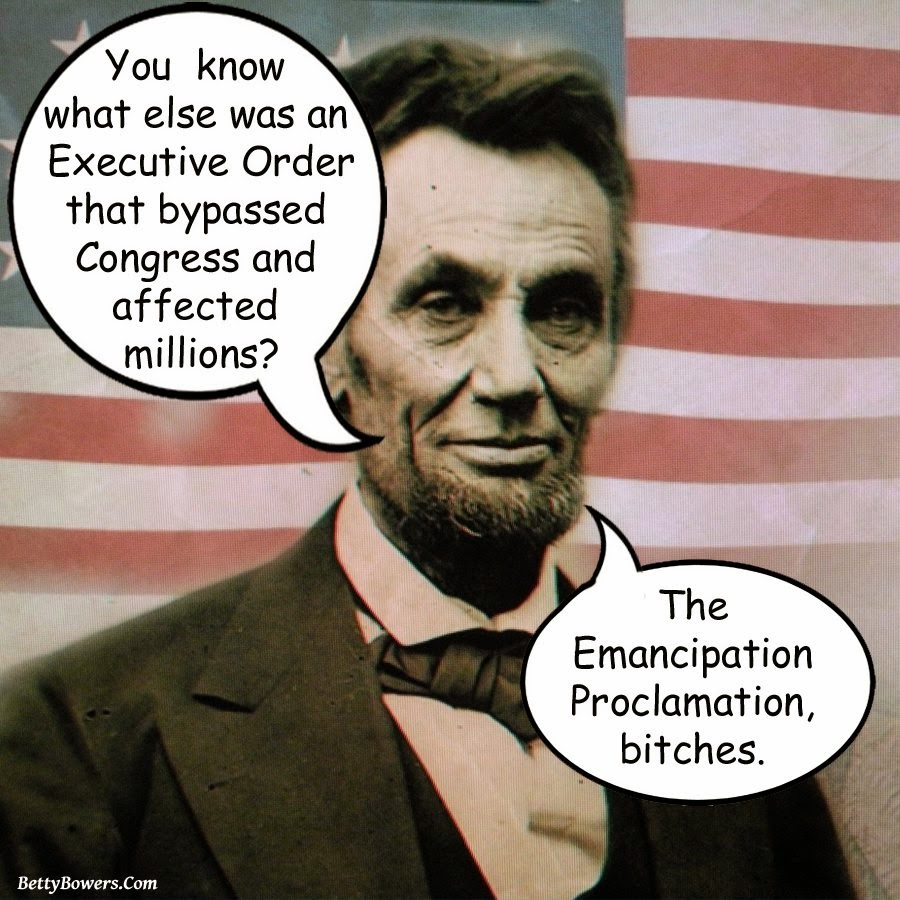 ... then the following should prove helpful.

Though Abraham Lincoln's Emancipation Proclamation wasn't officially an Executive Order it was an act of "executive unilateralism." As such, it falls under the "unnumbered Orders" given by all U.S. Presidents because of the "subject matter, general applicability, public interest, or legal effect.”

Officially the Emancipation Proclamation - issued on September 22, 1862 - is referred to as Proclamation 93, which had the goal of "Declaring the Objectives of the War Including Emancipation of Slaves in Rebellious States on January 1, 1863."

To take this a step further, the proclamation was also a statement to Europe explaining that the South was not an independent nation-state that Europeans could side with or, worse, help out. Lincoln was making it clear that he was still in charge of making policy that affected the South, which included issuing orders that would affect their slaves.

The numbering and official documentation of Executive Orders didn't begin until the 20th Century (1906 and 1931).

All of this, and much more, on presidential orders can be found on "The American Presidency Project" website, hosted by the University of California Santa Barbara's Department of Political Science.