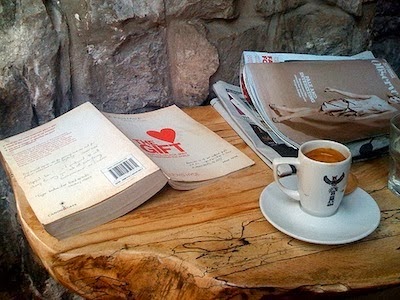 Grotesque inequality in Thailand, and the absurdity of the "posh Thais" in the country's "civil war" (be sure to watch the video) (The Guardian).

Some times you just gotta tell it like it is ... climate scientist drops the F-bomb after startling Arctic discovery (Salon).


WHAT FREE MARKET? HEDGE FUNDS NEED THE COURTS / RIGGED FX MARKETS
Judge threatens Argentina with contempt over statements about their debt and his claim that they defaulted on that that (NY Times).

Hedge funds furious over having their Portuguese bank bonds written down to zero contemplate legal action in Europe (NY Times).

Foreign exchange price fixing scandal has triggered fines, lawsuits, and prosecutions ... Euromoney is linking us to some of the top stories involving the rigged foreign exchange markets (Euromoney).


SERIOUS STORIES THAT WILL BE IGNORED BY THE RIGHT
House panel: No wrongdoing on the part of the Obama administration in Benghazi attack (SF Gate).

David Stockman: The collapse of the American Imperium ... the perfect storm of policy failures (PeakProsperity).

Don't believe the haters - the truth about the U.S. Post Office (Alternet).

Death of a religion: Isis and the Yazidi (The Guardian).

A tax inversion in all but name (NY Times).

Rep. Mo Brooks says DREAMers shouldn't be allowed in the military because they're not loyal and will have access to nukes (Buzzfeed).


MISCELLANEOUS
Robert Reich: The Ivy Leagues are a ludicrous waste of resources (Salon).

10 actors who had to get drunk to shoot their movies (What Culture).

Survey shows that Senate Republicans Cruz & Cornin offices are among the most expensive in the Senate (Houston Chronicle).

So, just how bad is Ramen for you anyways (Huffington Post)?

The poster child for a dysfunctional, dated, and costly nuclear weapons complex (Bulletin of the Atomic Scientists).

I bought every last pie at Burger King to spite whining brat (KMBC).