NO FEDERAL CONTRACTS FOR CORPORATE DESERTERS? 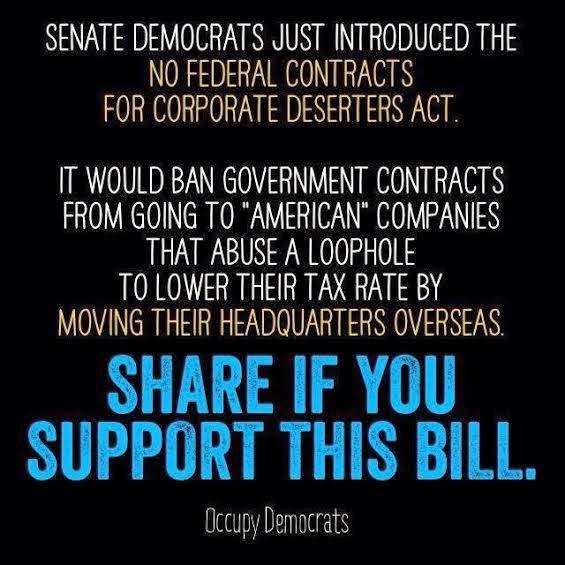 Democrats are introducing a new common sense bill that is a step in the right direction for every hard working middle-class American.

Senate Democrats have introduced "No Federal Contracts for Corporate Deserters Act." As the title suggest, the bill would bar American companies from receiving government contracts if they move overseas, or merge with foreign firms, to avoid paying taxes in the United States.

So, which political party do you think will do what they can to kill the bill? Hmmm ...