FRACKING IN CALIFORNIA (for beginners)

At least 12 rigs off the California coast have federal permits to dump more than nine billion gallons of fracking wastewater in the ocean off the California coast. Fracking consists of injecting a mix of potentially hazardous chemicals into undersea rock formations at high pressure. Breaking up the rock makes it easier to pump out the crude.

And it's currently being done off the coast of Santa Barbara, California.


KCET notes some of the potential problems associated with fracking ...


Fracking wastewater contains more than just the chemicals used by oil and gas companies to break up the rocks, including toxic substances like methanol, benzene, naphthalene, and trimethylbenzene. It can also include nasties that it picks up from those deep rock formations, including lead and arsenic. And while safely disposing of such substances isn't easy in the best of situations, ocean disposal poses special risks for those who play in, live near, or eat fish from the sea.


So, yeah, fracking has the potential of releasing some pretty nasty stuff into the environment. 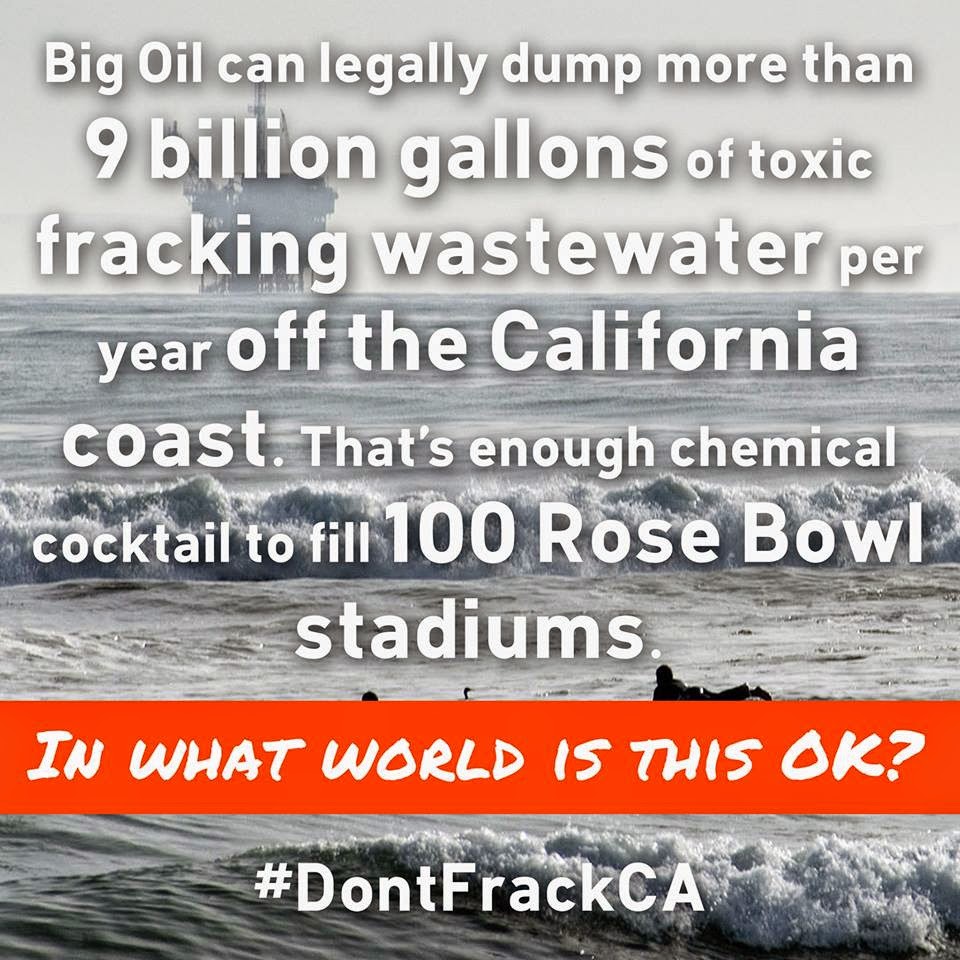 But the bigger problem are the earthquake problems associated with fracking in other non-earthquake prone states where fracking has been introduced. In Oklahoma, for example:


Between 1972 and 2008, the USGS recorded just a few earthquakes a year in Oklahoma. In 2008, there were more than a dozen; nearly 50 occurred in 2009. In 2010, the number exploded to more than 1,000. These so-called "earthquake swarms" are occurring in other places where the ground is not supposed to move.


Coincidence? You be the judge.

Anyways, in a quake-prone state like California, where we already get two or three big ones every year (5.5 magnitude or larger), we probably should be doing a few more studies.